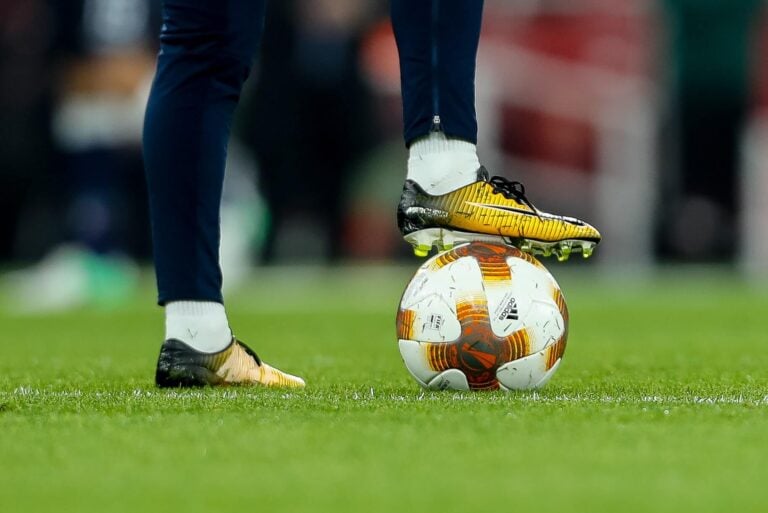 When the best young players on the planet transfer to another club, they tend to go for a huge price tag. But this certainly wasn’t the case for one of Barcelona‘s best defenders.

The player in question decided to refuse a contract extension at Manchester City last season. That left him in a position to test out the free transfer market, and it wasn’t long until the Spanish side snapped him up.

Read: Barcelona firesale: Which top stars are the club willing to sell?

Eric Garcia’s start to life at the Nou Camp has gotten off to an interesting start. In his fourteen games, he has already received two red cards. With his aggressive style considered, there may be more to come. However, it is expected that his talent will one day warrant his €80million valuation.

The transfer value of Eric Garcia

CIES have complied a list of the top 10 most expensive young players in the entire sport, and the Spanish international takes the top spot. Garcia’s market value is only rivalled by RB Leipzig’s Josko Gvardiol.

The 20-year-old has still shown glimmers of excellence in his career so far for both Barca and Manchester City. He has played regularly under Pep Guardiola, Ronald Koeman and now Xavi.

He has also long been touted as the future of his international team, having been a prominent player in many of their youth development sides. In addition, the youngster has now made his way into Spain’s senior squad.

Garcia debuted as a substitute in a UEFA Nations League fixture against Ukraine. He made an immediate impact, replacing the legendary Sergio Ramos. Following his impressive opening salvo, Luis Enrique decided to include the young defender in the 24-man squad for Euro 2020.

It’s no surprise that Garcia has such an immense market value. His desire to be the best, in addition to his formidable talent, will one day undoubtedly make him a future legend of the sport.

The top 10 most expensive defenders under 23 is a remarkable lineup of exciting talent. Juventus’ Matthijs de Ligt and Inter Milan’s Allesandro Bastoni take the third and fourth spots, indicating that the Serie A is still alive and well. However, the most noticeable aspect of the list is the dominance of Barcelona.

The La Liga giants stand above and beyond every other time, with three players in the top 10 of the table.

Ronald Araujo and Oscar Mingueza’s inclusion on the list summarises why, despite their issues on and off the pitch currently, there is still plenty for Barca fans to be excited about in the future.

It certainly seems that the Spanish side’s reign of terror could well return in the coming years. There’s surely no doubt that Eric Garcia will more than play his part if he remains at the club long-term.

In search of silverware: Harry Kane next club odds

In search of silverware: Harry Kane next club odds