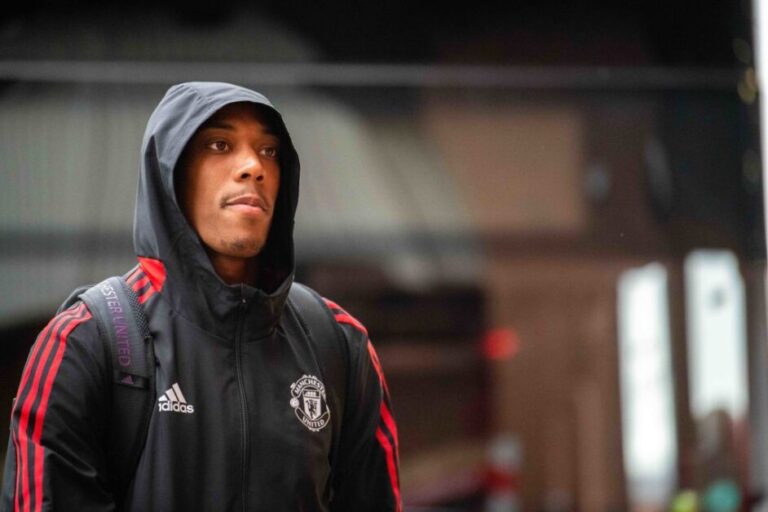 Anthony Martial has hit back at interim Manchester United manager Ralf Rangnick with a clarifying post on Instagram.

On Saturday, the Red Devils dropped points in the Premier League again with a 2-2 draw at Villa Park. Twenty-four points behind leaders Manchester City, they are entirely written off as title contenders. Even the top four looks unlikely.

Unlike in previous matches, Manchester United had a promising start to the game. Bruno Fernandes scored in the sixth minute, and he would complete a brace to put his side ahead 2-0 with only 15 minutes left to play in the second half.

What followed Fernandes’ second goal was a tale as old as time itself. Unable to deal with the pressure, United collapsed and gave up the lead in just five minutes.

Philippe Coutinho, fresh off the plane after a loan move away from Barcelona, tied the game in the 81st minute.

The game stole headlines even before kick-off. There was a vacant starting spot up front for United, following Cristiano Ronaldo’s absence due to a hip injury.

A struggling Marcus Rashford didn’t make the trip to Birmingham either because of a minor leg injury.

In fact, it was the latter’s absence that came as the biggest surprise. The French striker didn’t even make the bench despite several injuries up front.

Martial has been an unused spare part for United all season, registering less than 400 minutes across all competitions. Still, his absence was puzzling to fans, who wondered if an impending transfer move was the cause of the Frenchman not being on the bench.

Anthony Martial takes to Instagram to leave message for Rangnick

According to Ralf Rangnick, Martial simply didn’t want to play. Speaking at his post-match press conference, the German manager accused his player of not being willing to travel with the team:

Off-the-pitch problems keep piling up for United. Their locker room turmoil is often cited as a cause for their terminal instability this season.

Unable (or unwilling) to make his goals speak for himself, Anthony Martial has taken to Instagram to weigh in on Rangnick’s accusations.

With a post in his stories, the French striker has denied that he refused to suit up for United. This is what he had to say:

Martial could be on his way out of United during the January transfer window. With his market value at an all-time low after months on the bench, the Red Devils might look for a six-month loan move for the Frenchman to regain confidence.

Reports linking Sevilla to Martial surfaced recently, but United haven’t yet struck a deal with the Spaniards due to a disagreement over the player’s wages.