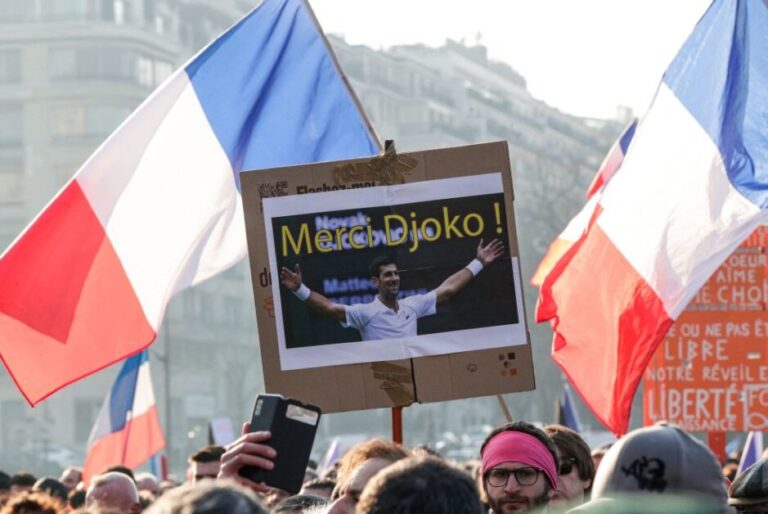 The Novak Djokovic deportation saga has finally ended. After days of open legal warfare, the Serb has had his Australian visa revoked for his non-compliance with the country’s Covid rules.

The Australian government have made their decision. The world’s top tennis star won’t participate in the Australia Open, one of his favourite Grand Slams.

What’s more, Djokovic’s flouting of Australia’s covid rules could be punished with a three-year ban from entering the country.

The controversy around Djokovic’s participation in the Australia Open has ignited a true war in social media. He has become both target and hero, with two opposite sides that couldn’t be farther from reconciling.

To some fans, Djokovic’s star status does not preclude him from following Australia’s Covid policy. From 15 December 2021, holders of eligible visas must be vaccinated to enter Australia without obtaining an individual exemption.

Djokovic got an exemption after testing positive for coronavirus in mid-December. However, the Australian Border Force ruled that he did not meet federal coronavirus requirements upon entry to the country.

The legal struggle has turned Djokovic into a poster boy for anti-vaxxers and self-proclaimed free speech activists. His most annoyed supporters criticise the Australian government for rigid Covid rules and blast the country’s alleged authoritarian rule.

However, not every Djokovic supporter is an anti-vaxxer. Some think that Australia is chastising the Serb to make a public example of him. They argue that such behaviour detracts attention from a larger issue: the country’s rising cases of Covid infections.

Djokovic critics rejoice at his deportation

On the other side of the argument, critics are loudly rejoicing at the announcement. Djokovic’s detractors have condemned his behaviour as selfish and unproductive. He maintains that it would only encourage anti-vax sentiment all around the world.

Similarly, other tennis players have expressed the familiar sentiment. For example, Rafael Nadal had a simple message for Djokovic: “The world has suffered enough not to obey the rules.”

While the legal battle might have come to an end, the heated arguments on social media continue. A quick glance at the trending #DjokovicGoHome hashtag on Twitter reveals how polarised the debate has become.

There is only one thing that all tennis fans can agree on: Djokovic’s absence will mark the Australia Open.