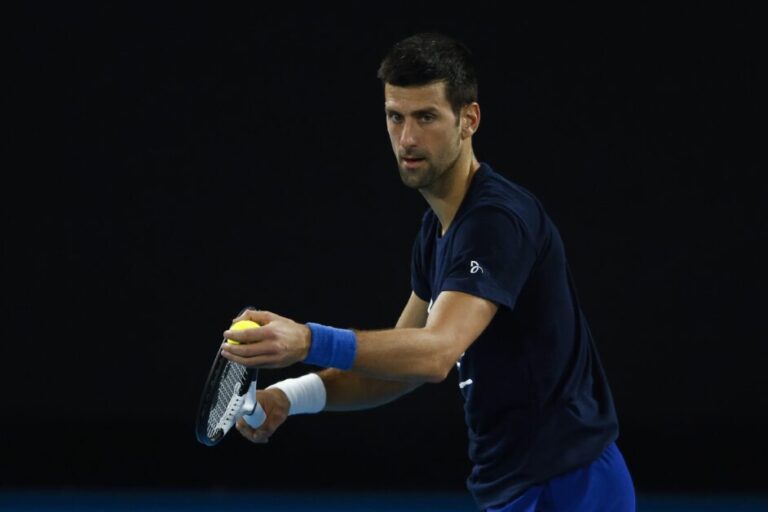 Tennis star Novak Djokovic has had his visa cancelled for a second time by the Australian government.

The Serbian has been the subject of a bitter deportation row over the last week. He is not vaccinated against Covid-19, and entered the country with what he said was an “exemption permission” to play in this month’s Australian Open. In October, the government announced that all players had to be vaccinated to compete.

A lot has gone on to occur since then. There have been plenty of updates. Let’s take a look at the deportation row:

What has happened to Novak Djokovic?

Upon his arrival, Djokovic was detained by Australian airport officials, and his visa was cancelled.

However, he was released on January 10 after winning an appeal against the decision to rescind his visa. The 34-year-old has been able to train for the upcoming Australian Open. and entered into the draw as the number one seed.

Despite this, the threat of deportation still hung over him. Speaking at a recent press conference, his mother feared that could happen if the Australian government decided to re-cancel his visa.

After he left detention, transcripts were released of an interview the Serbian gave to the Australian Border Force. He confirmed during the interview he had not been vaccinated for Covid-19. He also said he had tested positive for the virus via a PCR test on December 16 of last year.

Djokovic then confirmed on Instagram (as per BBC) that he had met up with a L’Equipe journalist for an interview during his isolation period, therefore breaking isolation rules.

Why has Djokovic had his visa cancelled again?

Hawke is effectively the only man who was able to overturn the court’s decision to quash the decision to rescind Djokovic’s visa.

He said in a statement that he decided on “health and good order grounds”. In addition, Hawke has described the move as in the “public interest”.

“Today I exercised my power under section 133C(3) of the Migration Act to cancel the visa held by Mr Novak Djokovic on health and good order grounds, on the basis that it was in the public interest to do so,” he said.

“This decision followed orders by the Federal Circuit and Family Court on 10 January 2022, quashing a prior cancellation decision on procedural fairness grounds.

“In making this decision, I carefully considered information provided to me by the Department of Home Affairs, the Australian Border Force and Mr Djokovic.”

Australian journalist Ben Rothenburg reports that Djokovic could face a three-year ban from entering the country if deportation occurs. He is still in the draw for the tennis event.

What will happen to Djokovic now?

As of the time of writing, it is unclear what the future looks like for Djokovic. The BBC reports that he will not need to spend Friday night in detention. In addition, he will meet with immigration officials on Saturday.

Furthemore, his case will also go back in front of the Federal Circuit and Family Court of Australia on Friday morning (UK time).

Djokovic’s lawyers can seek a judicial review. It would likely need to be heard before the start of the Australian Open for the world number one to compete, but that is again unclear at this stage.

Djokovic will be seeking a record 10th Australian Open victory, and is world number one. If he does play in the event, he will be defending the title he won last year. Djokovic is currently in the first round draw. In addition, he will take on fellow Serbian Miomir Kecmanovic.