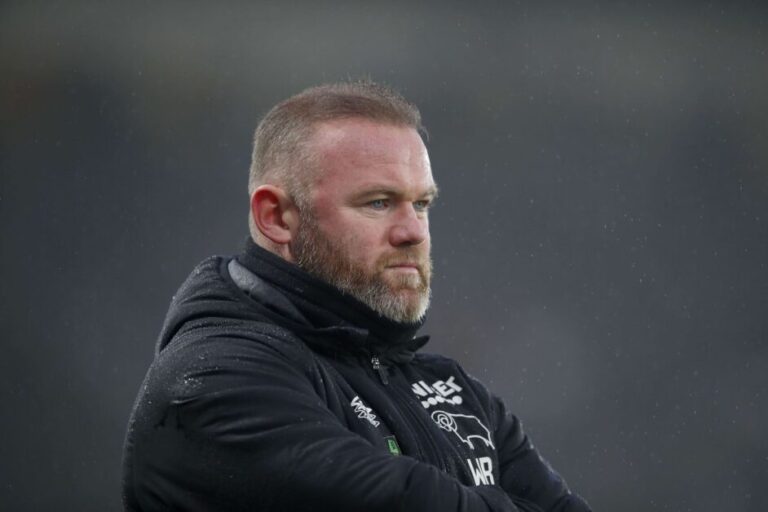 Wayne Rooney and Cristiano Ronaldo have solidified themselves as bonafide legends at Manchester United. So it’s no surprise that they both want the club to get back to its best.

In an interview with Sky Sports on Thursday, Ronaldo made his previously private feelings very public. His message was hard-hitting in both content and delivery as the scowling forward examined how the side needs to be improved.

Ronaldo said: “I say we have a long way to improve because, for me, the most important thing is the mentality. To look at yourself and say, ‘I can do better’.

“For you to be professional, help the team, the right mentality, self-taught and positive. All these details depend on you, not the coaches, the fans or the press. If you are proud of yourself and you have dignity, you have to do it much more.”

The four-time Ballon d’Or winner is one of the greatest players in history. Throughout his storied career, he has developed an invaluable amount of wisdom.

Ronaldo’s work ethic is the stuff of legend. His unshakable capacity to strive for greatness is the reason why he is still one of the best players on the planet, even in the twilight of his career.

However, not all of his colleagues seemingly share his drive. As per the Daily Mail, the Portuguese superstar has complained privately about the lack of dedication at Old Trafford. He is supposedly one of only a few squad members who go to the gym before and after training.

In his interview, meanwhile, Ronaldo also made abundantly clear his expectation for what United’s aims should be as a bare minimum.

He said: “We should win the league or be in second or third. In my heart, I don’t accept that our mentality can be less than to be in the top three in the Premier League. I don’t see other positions for Manchester United, to be honest.”

Although some have criticised Ronaldo’s honesty, one of his former teammates partially agrees with his statements, but has stated an even bigger ambition.

Like Ronaldo, Wayne Rooney has also cemented his place in the Manchester United Hall of Fame. The pair of footballing icons formed a formidable partnership at The Theatre of Dreams.

Despite a spat during the 2006 World Cup in Germany in which the Portuguese player winked at the hot-tempered Three Lions star, the pair repaired their relationship.

They bagged 23 goals apiece the following season before winning a further three Premier League titles together prior to the Portuguese star’s move to Real Madrid in 2009.

In their day, anything other than winning the league was a disappointment. Hence the reason why Rooney has backed his former teammate up – and gone one step further.

He told Sky Sports: “Manchester United have to be a top-one team, not a top-three team.

“I think that’s the demands that the fans put on you, the demands which that club has. Of course, they’re going through a very difficult period at the minute. But make no mistake, that’s a club that has to be winning championships.”

How can Manchester United return to their glory days?

The most significant issues at the club appear to be the mentality and performances.

When Ole Gunnar Solskjaer was relieved of his managerial position in November, fans hoped this would turn around United’s form. But it didn’t.

A real sense of optimism was generated at Old Trafford when the club snapped up Ralf Rangnick. The German is renowned for taking over sinking ships and keeping them afloat. However, he hasn’t prevented the water from engulfing the club so far. They may have only lost one game under his management, but without the efforts of goalkeeper David de Gea, that number would potentially be higher.

United enthusiasts can only hope that his long-term strategy will begin to pay dividends throughout the rest of the season. If not, the club may have to make some big moves in the summer – including letting go of some big-name players.