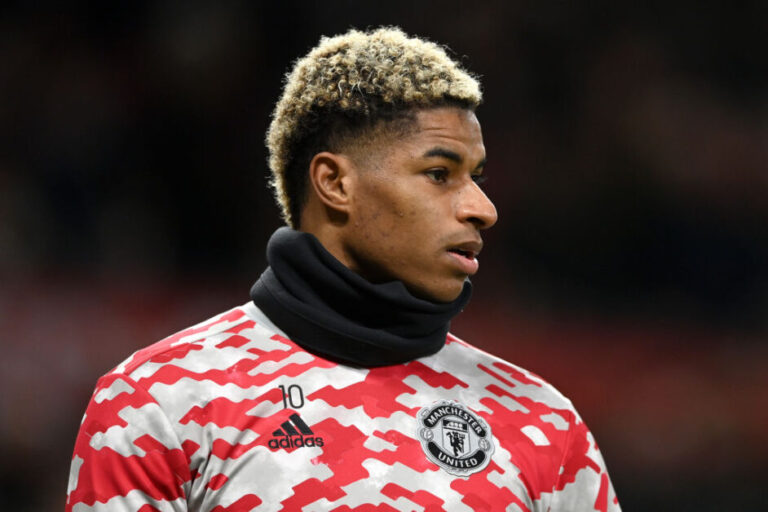 Marcus Rashford has struggled with injuries and form in recent times, and a fascinating statistic could partially explain at least some of the reasons why.

The England international has only made fifteen appearances in all competitions for Manchester United this season in the aftermath of his shoulder operation in July.

He has struggled to get back to consistent form upon his return. The 24-year-old scored in three of his first four games of the season but hasn’t found the net in his last 11 games in all competitions.

A data chart compiled by Twitter user Louorns has shown a concerning trend for Red Devils fans. He looked back on a plethora of footballing greats to analyse how many minutes they’d played before their 24th birthday.

How does Rashford compare to players under 24 for game time?

The immediate takeaway from this chart is the identity of the top five – Eden Hazard, Dele Alli, Neymar, Wayne Rooney and Cristiano Ronaldo. Outside of Ronaldo, the entirety of the top five have struggled either with form or injury issues at different stages of their career.

Eden Hazard has been bombarded with issues such as a fissure of the fibula and a hairline crack in the foot whilst at Real Madrid.

Dele Alli, meanwhile, has had tendon issues and has struggled to recapture anything like the form that saw him named as the PFA Young Player of the Year in 2017. His form and constant time on the sidelines have meant that he hasn’t yet lived up to his potential.

Then we have Wayne Rooney. As possibly the most outstanding English footballer fans have seen this century, the Manchester United legend enjoyed a highly successful career. However, some of his attributes tailed off quickly as he entered his 30s, and he retired from playing altogether at the age of 35.

Neymar, meanwhile, has struggled with knee and ankle issues throughout his time at Paris Saint-Germain.

Football fans can only hope that the same doesn’t happen to Rashford. The United star is in ninth place on the list, having played 21,082 minutes.

Marcus Rashford has a tough job at the Theatre of Dreams

Marcus Rashford has one of the biggest jobs in the entire Manchester United squad – to score goals, and a lot of them, in a struggling team. He is expected to utilise his pace and ability on the ball to bypass defenders and find the net.

The striker played with an element of freedom as he cut inside off the left wing to fire unstoppable shots past his opposition’s goalkeepers. But if he failed that, he’d find a way to deliver the ball to his side’s midfielders. This was something he has evidenced on plenty of occasions during his career.

However, the new system implemented by Ralf Rangnick doesn’t play to his strengths as much. The width is coming from the full-backs, thus rendering the 24-year-old’s key attributes less relevant. He now has to run in from behind.

Rashford’s career path to date somewhat emulates that of Wayne Rooney. When he signed for United at the age of 18, Rooney was handed a considerable amount of responsibility. Rashford made his debut at the same age under Louis van Gaal. He has been a virtual ever-present, when fit, ever since.

The Old Trafford faithful can only hope that Rashford can adapt to his new coach’s gegenpressing style in the coming weeks and months.