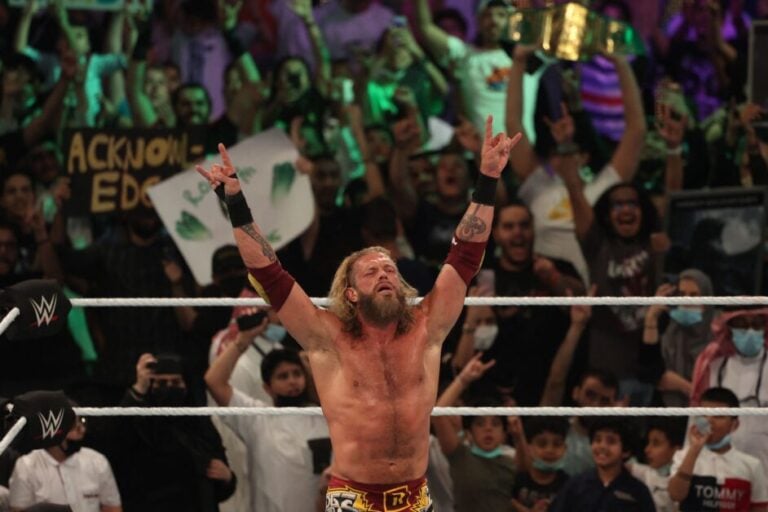 The annual Royal Rumble match is famous for the spectacular and unexpected moments that it provides for WWE fans.

Whether that be sensational returns, show-stopping showdowns or bizarre eliminations, the WWE tradition does have it all.

The Royal Rumble was thought up by the legendary Hall of Famer Pat Patterson, who was the company’s first-ever Intercontinental Champion. The first winner of the match was ‘Hacksaw’ Jim Duggan, who tasted success by last eliminating One Man Gang in 1988.

Since then, the Royal Rumble has become one of the most eagerly-anticipated events in the WWE calendar. The winner of the men’s and women’s matches each earn a world title opportunity at that year’s WrestleMania, so there is plenty at stake.

With that in mind, let’s take a look at five of the most sensational WWE Royal Rumble moments:

John Cena and Batista were the final two men remaining in the 2005 Royal Rumble.

‘The Animal’ lifted his opponent in preparation for the ‘Batista Bomb’, but Cena managed to get to the ropes. However, he then fell over the top rope – and took Batista with him. Both men landed on the floor at precisely the same time. Fans could not tell who had won.

Vince McMahon then charged into the ring – tearing both his quads in the process – to solve what had been an incredible finish. The referee restarted the match with Batista and Cena in the ring, and ‘The Animal’ emerged victorious the second time around.

But nothing can beat the ovation Edge received when he made his return from what was considered to be a career-ending neck injury in the 2020 event.

To put this into context, ‘The Rated R Superstar’ was forced to retire from professional wrestling in 2011, which meant he had to relinquish the World Heavyweight Championship. He had never wrestled a match since, and many WWE fans were resigned to the fact that he would never compete again.

But when his famous music hit at the Royal Rumble, the crowd went ballistic. Out stepped the visibly emotional 11-time world champion. He eliminated three wrestlers before being thrown over the top rope by Roman Reigns.

Vince McMahon entered the 1999 Royal Rumble in the number two spot, with his arch-nemesis, ‘Stone Cold’ Steve Austin, entering at number one.

Austin beat down the WWE chairman before McMahon escaped and ran through the crowd. He was still an active participant in the match despite leaving the ring as he hadn’t gone over the top rope.

‘The Texas Rattlesnake’ chased him to the locker room but was cornered by other WWE Superstars and was the subject of a heavy beatdown.

McMahon returned to the commentary table, only to be stunned when Austin re-emerged into the match, despite being put into an ambulance earlier on. ‘Stone Cold’ eliminated Big Boss Man to bring the number of entrants down to two – Austin and McMahon.

Before anything could happen, The Rock entered proceedings and aimed verbal taunts towards Austin from outside the ring. McMahon, sensing his opportunity, threw his rival over the top rope to create one of the great and unprecedented Royal Rumble moments.

During the 1980s and early 1990s, Hulk Hogan and The Ultimate Warrior were two of the biggest superstars in all of professional wrestling. Hogan was the face of WWE, the bonafide star, the man who encouraged flocks of wrestling enthusiasts to attend the big events.

In the 1990 Royal Rumble, both men found themselves squaring off as the only two men on the ring. The crowd, understandably, were loving it.

The pair stared each other down for what seemed like an eternity, before Hogan attempted to hype up those in attendance. He and Warrior exchanged shoves in the direction of the ropes, ultimately rebounding onto each other.

Then both Hogan and Warrior crossed each other whilst running between the ropes. Hogan dropped underneath his opponent, Warrior missed a clothesline, then both men ended up on the mat after clotheslining each other. An instant classic.

Becky Lynch strode out to the women’s Royal Rumble in 2019 as a replacement for Lana after Nia Jax brutally attacked the latter.

Despite entering at number 30, Lynch still had a way to go. With three women left in the ring – ‘The Man’, Jax and Charlotte Flair – Lynch rolled out of the ring. Flair eliminated Jax, who then attacked the other competitor left in the match on the outside.

Even though she was only operating on one leg, Lynch got back into the ring, survived Flair’s onslaught and ultimately eliminated her to secure a historic Rumble victory and set up an incredible WrestleMania showdown between herself, ‘The Queen’ and Ronda Rousey.