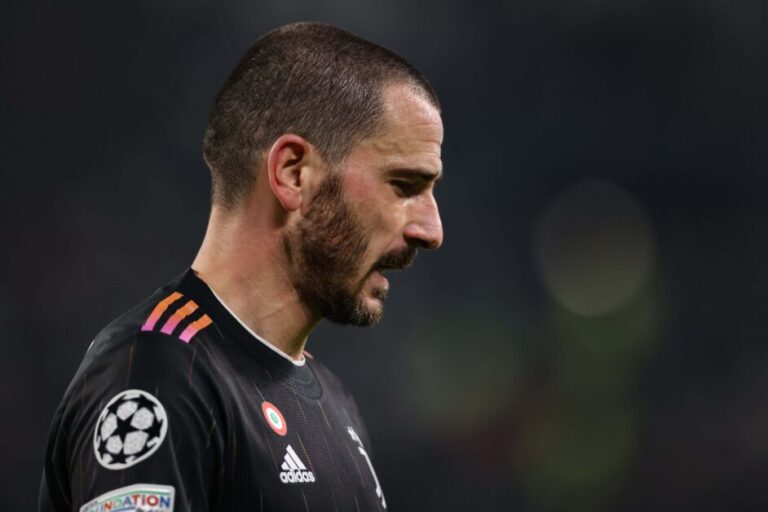 Leonardo Bonucci has made the headlines for all the wrong reasons after an incident involving an Inter Milan secretary in the Supercoppa Italiana.

Last night, Bonucci’s Juve side played their rivals in the showpiece event, and the game couldn’t have been closer.

Juventus took the lead in the 25th minute when an unmarked Weston McKennie headed the ball straight past a helpless Samir Handanović. But they weren’t able to hold onto the lead for long. A clumsy challenge on Edin Dzeko by Mattia De Sciglio resulted in an Inter penalty kick.

Lautaro Martinez slotted home, and the game was all square. In the second half, neither team could break the deadlock despite creating chances. Extra time was on the way.

Although the crowd roared as efforts continued to go wide, the game looked certain to go to penalties. Juve had Bonucci, who was on the bench, ready to enter the action and take a spot-kick.

However, following some confusion regarding the substitution, the Italian giants made a huge mistake. Following some poor defending, a cross landed at the feet of Alexis Sanchez, and the Chilean fired home to ensure Inter recorded a 2-1 victory and won the Supercoppa Italiana.

Whilst the production crew filmed the raucous celebrations, the camera briefly panned over Bonucci. He was arguing with Inter’s secretary, Cristiano Mozzillo, who was ecstatic that his club had bagged the victory.

According to Il Tempo, he shouted: “Don’t exult in my face, what the f*** are you doing? I’ll kill you.”

An argument is one thing, but getting physical is never acceptable. Those watching were shocked as the player shoved the Inter employee before the camera panned away. Those at the scene reportedly witnessed the 34-year-old utilise a closed fist to strike the Inter man.

The baffled Nerazzurri secretary was bamboozled by the reaction.

He reportedly said: “What are you doing?”

Will Bonucci receive a punishment?

The dispute simmered down almost instantly. However, Bonucci has received punishment for his actions. Il Tempo adds that the decision will be up to the sports judge, who is in possession of documents from the Federal Prosecutor’s Office. On Friday, it was announced that Bonucci received a fine of €10,000.

Regardless of the punishment, any confrontation of that nature on or off the football pitch never goes down too well. In addition, Bonucci only has himself to blame for the fine.