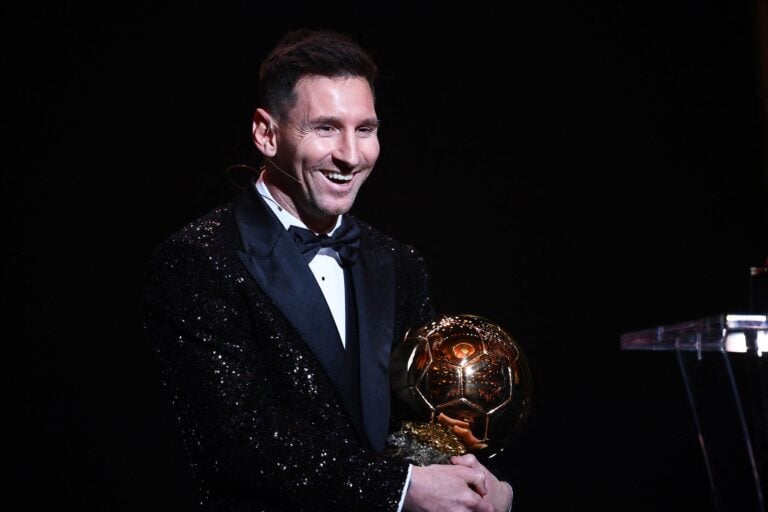 Lionel Messi has become a seven-time winner of the Ballon d’Or award after beating Robert Lewandowski to the 2021 prize.

Many believed that it was Lewandowski’s year, having struck 52 goals in all competitions for Bayern Munich at the time of the ceremony.

But the mercurial Messi once again got over the line. His 32 goals and 12 assists were enough to net him the prize. He won the 2021 Copa America with Argentina – his first international trophy.

The award, which is voted for by journalists worldwide, was given to Messi after he received 613 points. Lewandowski, meanwhile, received 580.

Chelsea and Italy midfielder Jorginho, meanwhile, scored 460 points. The 29-year-old went into the night as one of the contenders for the top award.

How did the world voting look for the 2021 Ballon d’Or?

One interesting visual takeaway from any Ballon d’Or ceremony is to see how the world voted in different ways.

Football is a game of opinions, and when you have almost the entire world voting for an award, you are bound to see some division throughout. With that in mind, let’s see how different countries voted for the winner of the 2021 Ballon d’Or (worldwide map posted on Reddit):

As you can see by the map, Europe’s voting alone would have seen Robert Lewandowski win the 2021 Ballon d’Or. He recorded 206 points from voters on his home continent, compared to Messi’s 151. Furthermore, his home country of Poland gave him the number one spot.

Lewandowski also took the top prize in Africa as well. The Polish forward got 184 points, more than Messi’s 159.

However, his Ballon d’Or rival secured the award with the votes from the other continents. Messi’s most emphatic victory was in Asia and Oceania. His 150 points there meant a 43-point gap to Lewandowski, who only recorded 107.

In Messi’s home continent of South America, the Argentinian again won through. Brazil didn’t have the 34-year-old in its top five – but they didn’t pick Lewandowski either. Instead, the country’s journalists voted for Kevin De Bruyne for the top spot. Argentina voted for Messi as their number one.

In addition, Messi also received more votes than his nearest rival in North and Central America, getting 103 votes to Lewandowski’s 63.

What did Messi say after winning the 2021 Ballon d’Or?

After his record-breaking Ballon d’Or win, Messi was interviewed by France Football, who organised the event.

“It’s something I would never have imagined. It’s something that doesn’t interest me, it doesn’t change anything whether I’m considered the best or not. And I never wanted to be.”