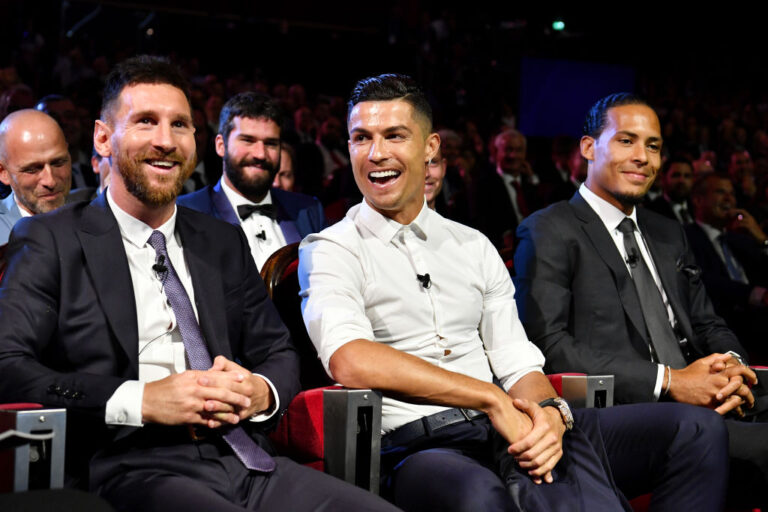 Lionel Messi and Cristiano Ronaldo will forever be associated with one another. They are the two greatest players of all time, and without their rivalry, they possibly wouldn’t be in the place they are today.

Following his iconic seventh Ballon d’Or win, the Argentinian phenomenon finally opened up on his longstanding battle with the Portuguese star. Let’s see what he had to say, as well as viewing how their statistics stack up at the moment:

The two global idols undoubtedly stand out as the two best footballers of our generation. Their immense rivalry has captivated fans across the globe, who still can’t agree on who the better player is.

Throughout their careers, many perceived Ronaldo to have the superior athleticism of the two, whilst others claimed that Messi had the superior talent.

Ronaldo has conquered three of the toughest leagues on the planet, whereas Messi has less experience out of his comfort zone of Barcelona. In the summer, the Argentinian finally left La Liga for Ligue 1. However, despite some magical moments, the talented forward is yet to make a defining impact at Parc des Princes.

What did Messi say about Ronaldo rivalry?

Following his iconic victory at the Ballon d’Or, Messi made some interesting comments about his counterpart. Speaking to France Football (quotes via Marca), the forward showed a great deal of respect for the man who has inspired him to play to his astonishing best.

He said: “I have always wanted to better myself, not look at what others were doing. There was competition with Cristiano Ronaldo as we were in the same league for several years. That was great and helped us grow in our careers, but without looking directly at each other.”

“I just wanted to be the best I could be. I have never said that I’m the best in history, and I try not to think about that. Being considered one of the best is enough and something I’d never have imagined.”

How do the footballing greats compare?

It’s fair to say that what the two men have done in the beautiful game is nothing short of superhuman. Their total goal tallies and bulky silverware cabinets are simply remarkable, but which player has achieved more.

In terms of trophies, Messi’s 26 edges out Ronaldo’s 24. However, it could be argued that Messi was playing in a better team at Barcelona.

Alongside Andres Iniesta and Xavi, the 34-year-old’s side dominated Europe with ease, so did the 2021 Ballon d’Or winner ever really challenge himself?

It’s difficult to answer that question. But regardless, he was still an instrumental part of Barca’s success during his tenure at the Nou Camp.

How do they compare statistically?

Ronaldo has always played exceptionally well for his country. Furthermore, he is still of paramount importance to the Portuguese side and has bailed them out of trouble on numerous occasions.

The Manchester United man helped his international team win the European Championships in 2016. This bolstered his already incredible legacy and gave him a real advantage over his longstanding rival.

However, on July 21, Messi evened the score by helping his nation secure their 15th Copa America. This victory was potentially the most important of the legend’s entire career. Messi had never before won an international trophy, but now he has finally relieved the load that will have undoubtedly been weighing heavily on his shoulders.

According to The Week, Messi has the higher goal per game ratio and provides his teams with more assists. However, Ronaldo has the better spot-kick conversion rate. In addition, he has also bagged more hattricks in his career.

Ultimately though, both men have incredible statistics, so it may be futile to try and make a case as to who has the better legacy.

As Rio Ferdinand once said: “They’re phenomenal to watch. People can make comparisons as to which one is better. But I think, just enjoy them, man. We’re lucky to be around in this time.”

In response, he pinned a fan post to his Instagram page, which implied that he deserved the accolade. Ronaldo’s comment underneath of ‘factos’ tells fans all they need to know.

Although the international sensations no longer share the same league, it seems that they are permanently attached to each other in some form. In addition, no matter how much time passes, the fire still burns bright inside the chests of two of the best football players that the world has ever seen.

With that considered, it looks like the rivalry between Ronaldo and Messi will never truly end.