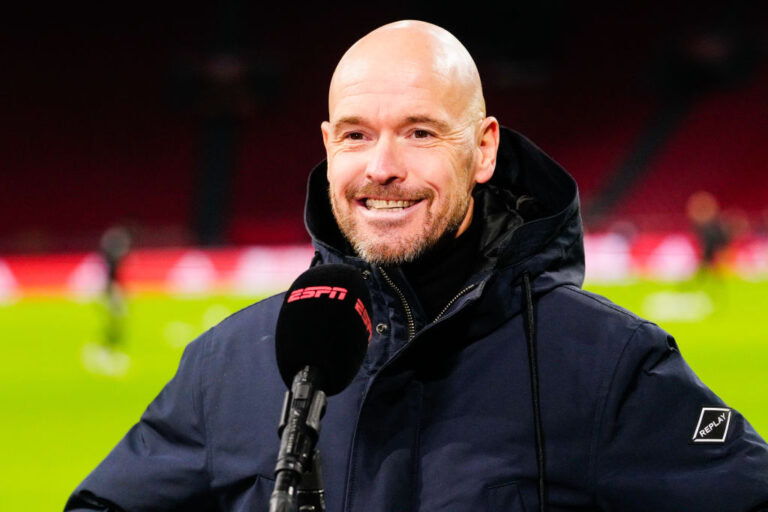 Erik ten Hag has spoken out about his potential future plans amid reports linking him with the Manchester United job.

Amongst all the recent optimism at the Theatre of Dreams, fans almost forget that they may need a new head coach at the end of the season.

The appointment of Ralf Rangnick has started to make Red Devils fans believe again. His first game in charge ended in a 1-0 win against Crystal Palace, in which Fred was the goal scorer.

Read: This Ralf Rangnick interview will show people why Man United fans wanted him to take over

The German’s incredible footballing brain and famous ‘Gegenpressing‘ style has United fans positively salivating as to what’s to come next. However, the 63-year-old will, as it stands, move on to a consultancy role at the end of the season. He could recommend that he stays on as manager for longer.

If he decides to step aside, the Manchester club will need to find a new boss. Ten Hag is a prime candidate for that role.

What has the Dutchman had to say?

In an interview with Volkskrant, Ten Hag addressed the idea of taking on another job. He believes that although any move wouldn’t define his career, he still thinks that the challenge of managing a different team is one worth undertaking.

He said: “I believe I’m ready. I’d gladly accept that challenge. But it’s not that I’m hunting for it. If this step doesn’t arrive, I won’t say my career has failed. But I believe I have enough skills to accept the challenge.”

Would Erik ten Hag be a good appointment?

The 51-year-old may not have practised his trade in the Premier League, but his achievements with Ajax are simply outstanding. He has already won two Eredivisie titles, with a third potentially on the way.

In addition, his incredible underdog run to the 2018/19 Champions League semi-final, beating Real Madrid and Juventus along the way, was nothing short of astonishing.

The former defender is currently having yet another exceptional campaign. His side are top of the domestic table and are performing very well in Europe. They are top of their group, which features German giants Borrusia Dortmund.

Who are Manchester United’s options?

The Red Devils have had a major fall from grace since Sir Alex Ferguson departed in 2013. None of his successors have been able to replicate his success.

However, with the appointment of Rangnick, the club appear to be going in the right direction. But is ten Hag the only option to replace the German at the end of the season?

The simple answer is no. We’re not entirely sure who will take over the ship at Manchester United for the 2022/23 campaign, but it’s fair to say that the decision couldn’t be any more critical.

The club needs to pick very carefully. Erik ten Hag, Zinedine Zidane, Brendan Rodgers or even Ernesto Valverde are amongst their options. They need a man who can prevent their sinking ship from letting in any more water before patching up the damage and sailing towards dry land.

Out of all of United’s options on the table, it’s difficult to say who would do the best job.

But it is of paramount importance that they make the right decision and get the struggling club back on the right track.