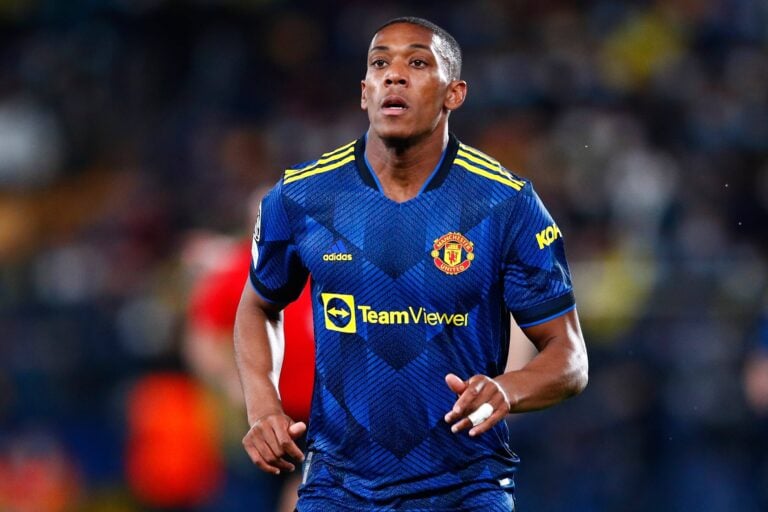 The agent of Anthony Martial has revealed that the French forward wants to leave Manchester United in the January transfer window.

Martial joined United in 2015 for around £36 million, potentially rising to £58 million with add-ons. It was the record transfer fee paid for a teenager at the time,

The 26-year-old has impressed in spells at Old Trafford. He made an immediate impact at the club, scoring a superb solo goal on his debut in United’s 3-1 win over Liverpool.

His highest scoring season was in 2019/20, when he smashed in 17 goals from 32 appearances. Martial generally played in a central role in that campaign and was highly effective.

It hasn’t always been easy for the Frenchman at United. He was predominantly played on the left side of attack under Jose Mourinho, and it was reported by The Times that the Portuguese boss wanted to sell the forward at one point during his time at the club.

More recently, Martial has lost his place as a first-choice starter. He has made just seven appearances in the Premier League this season, starting just twice. His only goal of the season came in a 1-1 draw against Everton in October.

Now his agent, Philippe Lamboley, has told Sky Sports that his client is keen to move away from the club.

But what could the next club of Anthony Martial be? Will he stay in the Premier League or potentially move to Europe? Let’s take a look:

90min reported that the Frenchman was on the club’s shortlist of options to replace Kylian Mbappe if he left the club to join Real Madrid on transfer deadline day in August. However, United wanted him to stay in Manchester.

That potential door may well be open now. However, Martial’s main issue at United is seemingly his lack of playing time.

If he does sign for PSG, he would be competing with Lionel Messi, Neymar and Mbappe for a starting spot. In saying that, if Mbappe leaves the club when his contract expires in the summer, Martial may well be in contention to spearhead the French side to glory.

One club with seemingly substantial interest in signing Anthony Martial is Barcelona. However, doing a deal with the cash-strapped club may be challenging for Manchester United.

Read: Barcelona transfers: Which top players are the club willing to sell?

It has already been reported by Spanish outlet Sport that Barca may be willing to sell players to ease their financial crisis. That could potentially mean any transfer deal for Martial would have to involve a player going in the other direction.

And according to the same outlet, Xavi‘s side have offered Philippe Coutinho to Manchester United ahead of the transfer window. That could open up an avenue for the Red Devils to move on their wantaway striker – if they are interested in signing the Brazilian, that is.

If Martial wanted to stay in the Premier League, one option for him could be to join newly-rich Newcastle United.

But while the money on offer would no doubt be high, the appeal of a relegation battle is probably on the other end of the scale.

The Magpies will be keen to improve their squad, and Martial would undoubtedly be a statement signing. Whether the French forward would consider a move to Newcastle is a different story, but there is certainly the prospect of a long-term project at St. James’ Park.