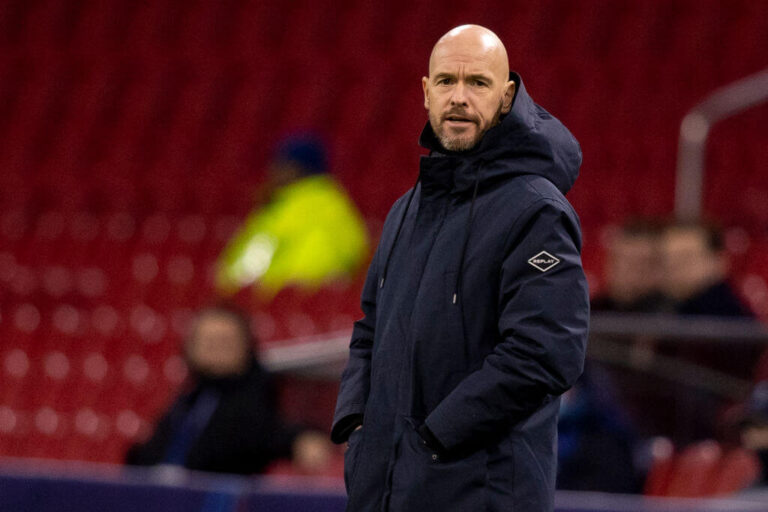 Erik ten Hag was seemingly a candidate for the Manchester United job at the end of the season. However, United will reportedly have to fend off their fierce rivals Man City if they want to secure the Dutchman’s services.

According to De Telegraaf, City could become a massive roadblock in the Red Devils’ pursuit of the current Ajax boss.

The Citizens are seemingly on the lookout for a successor to Pep Guardiola. It appears that the 51-year-old is one of their options. But would he be a good appointment for the reigning Premier League champions?

Could the Dutchman make a shock decision and go to the Etihad?

Manchester City have one of the best managers in world football. However, it appears that this may no longer be the case soon.

It was reported that Pep Guardiola had stated he would leave the club in 2023. He later moved to say that this was not necessarily the case.

When Guardiola does leave, however, the Champions League runners-up will need to find another top tactician to take over the reins.

If Erik ten Hag was to be tempted over to Man City, then he could likely have a lot of success. The 51-year-old would inherit an outstanding team that would suit his style of play.

The likes of Riyad Mahrez, Raheem Sterling and Gabriel Jesus could all be utilised in his notorious 4-2-3-1 formation. Therefore, this potential move could be very positive for the blue side of Manchester.

Is a move to Old Trafford still more likely?

In a recent interview with Volkskrant, the former defender addressed the idea of taking on a different job. Despite believing that any move wouldn’t define him, he still believes that a monumental challenge is worth undertaking.

He said: “I believe I’m ready. I’d gladly accept that challenge. But it’s not that I’m hunting for it. If this step doesn’t arrive, I won’t say my career has failed. But I believe I have enough skills to accept the challenge.”

Why does everybody want ten Hag?

After joining Ajax in 2017, ten Hag has taken his team from strength to strength. During the 2018-19 Champions League, he took his underdog side on an incredible journey to the semi-finals. Ajax defeated both Real Madrid and Juventus along the way.

In addition, with two Eredivisie titles already on his resume and a likely third at the end of the season, the 51-year-old has impressed fans worldwide with his managerial performances.

Whether he chooses Man City or United, the prospect of Erik ten Hag coaching in England is highly intriguing. However, the fight to bring the Dutchman to their club will be fiercely fought out between the two clubs. We will have to wait until the summer to find out which of the sides can lure the 51-year-old to their neck of the woods.