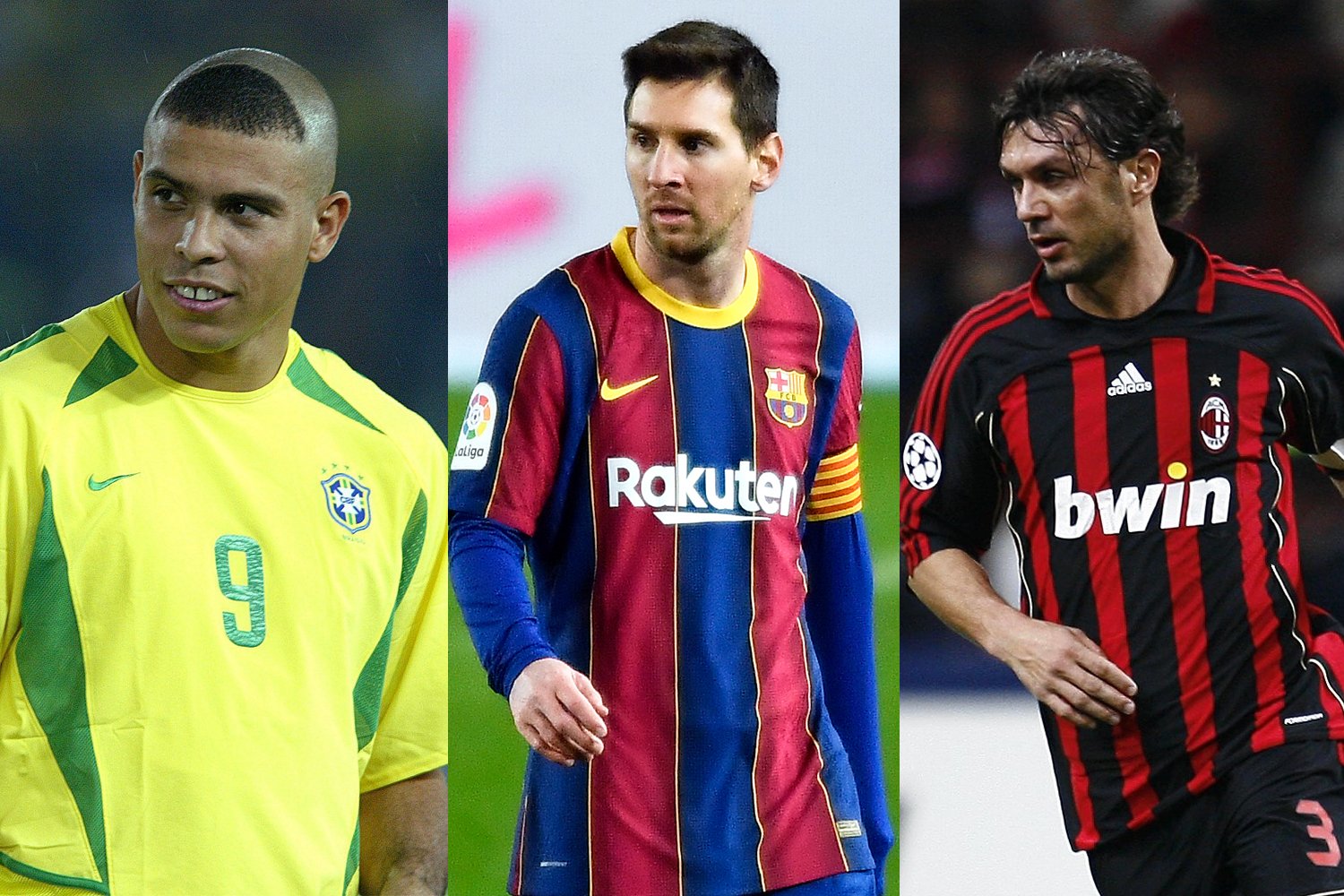 While the Ballon d’Or may not have taken place this year, a seriously unfortunate development for Robert Lewandowski, France Football developed a good little side project.

Calling on 140 football journalists from around the world, a shortlist of the greatest ever players to complete a starting XI was pulled together.

That lineup has now been revealed, taking the shape of an attacking-focused 3-4-3…Obviously.

With probably the most solid spine backline any football team has ever had, Cafu, Paolo Maldini and Franz Beckenbauer sit in front of the ‘Black Spider’ Lev Yashin.

Ahead of them is Lothar Matthaus, Diego Maradona, Xavi and Pele, which again, isn’t a bad midfield line.

Up top there’s room for both Lionel Messi and Cristiano Ronaldo, alongside O Fenômeno.

With the task being such a tough one, France Football also revealed a second and third squad, to offer a consolation to those who just missed the cut of the first team.

…and the third team squad of our best players of all time !#BOdreamteam pic.twitter.com/9wNUHEcdhy

Not bad eh? Are there any glaring omissions?