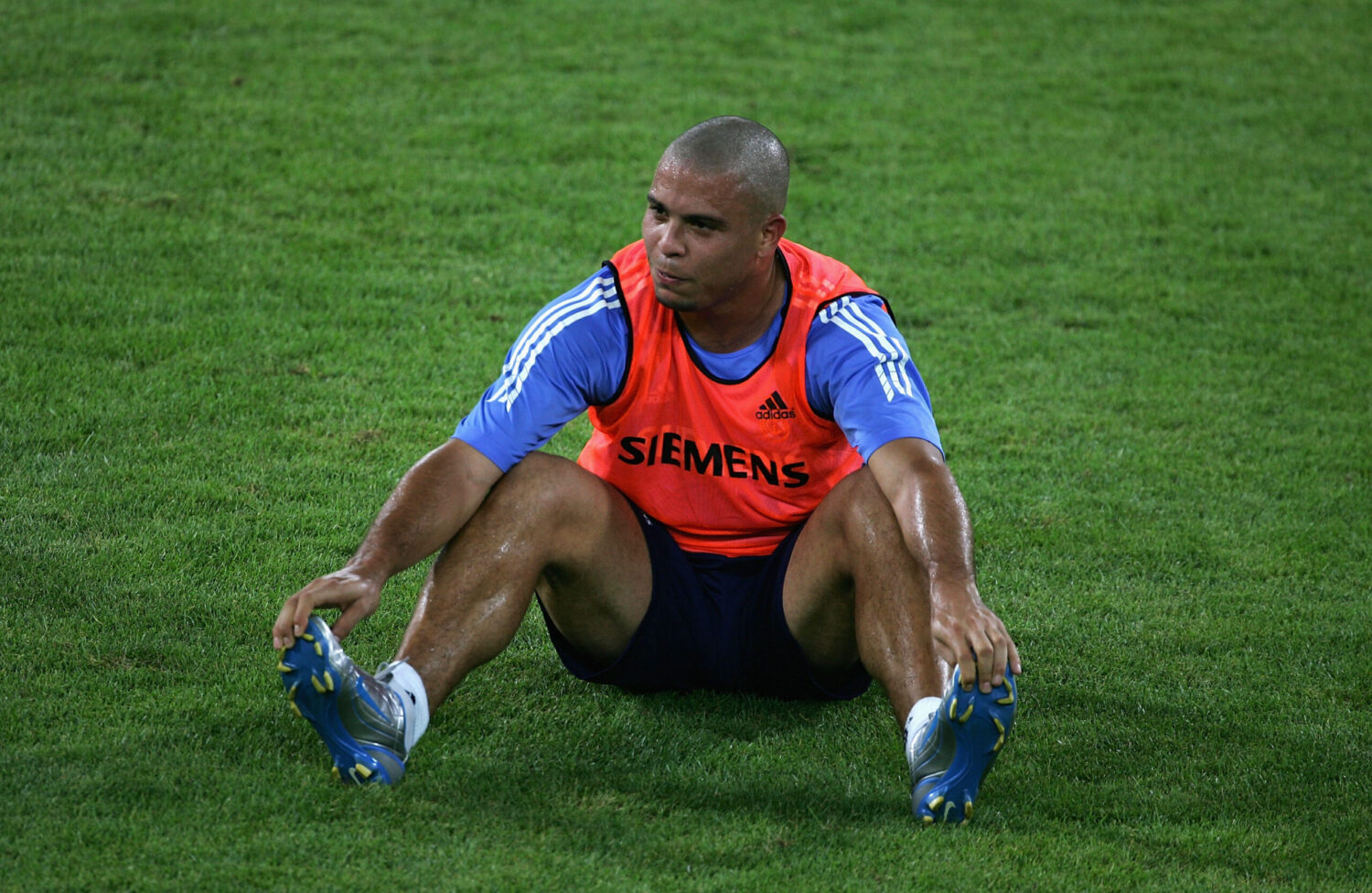 Ronaldo Nazario in full flow was one of the most joyous sights in football, that was made even more impressive considering his lifestyle wasn’t exactly as elite as his ability.

While the Brazilian was regarded as one of the greatest to ever play the game on the field, his antics off it became something of an issue for Real Madrid president Florentino Perez.

In an interview with Marca, Ronaldo revealed that Perez would hire his own security to try and prevent him from entering nightclubs, however it didn’t always go to plan.

“I ended up dribbling them too. Some even joined the parties!” He joked.

He went on to insist that the reputation had been slightly exaggerated, but did admit he was partial to celebrating when his side won – which of course in that era, was a near enough a weekly occurrence.

“There is a legend about it all, more than what it really was.

“Sometimes I maybe partied too much, but it wasn’t really like that. I’ve always been very responsible and I’ve always tried not to hurt my body.

“After winning matches I did like to celebrate… and since we always won that was a problem!

“But there is much more to the legend than the reality.”

“It was a spectacular time. Real Madrid and Madrid is the best combination of city and team that one can find in life.”

O Fenômeno is now back in La Liga, sitting as President of Real Valladolid, becoming the majority owner in 2018.