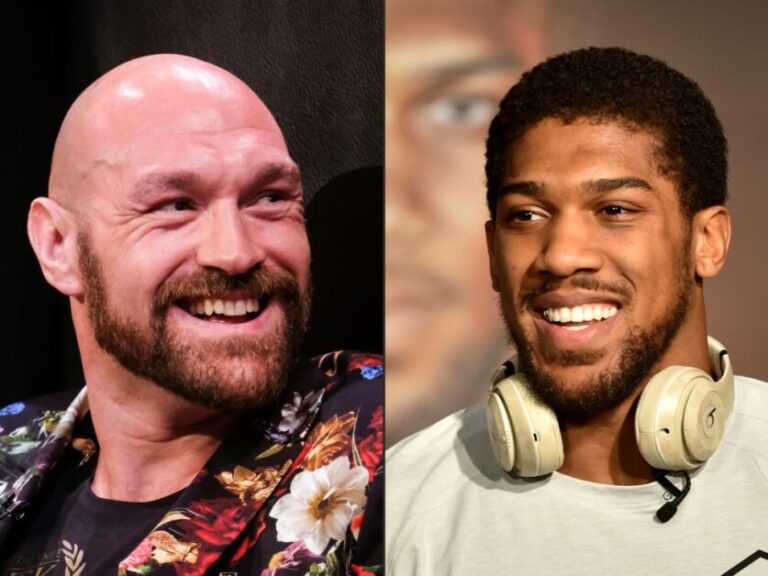 Anthony Joshua is reportedly on the cusp of agreeing to a deal that could lead to a future fight with Tyson Fury.

The fire for a collision between two of the biggest stars in British boxing history still burns bright, regardless of AJ’s recent loss to Oleksandr Usyk. In September, the power puncher dropped a unanimous decision to the Ukrainian wizard.

Many felt that this had scuppered the potential all-British mega-showdown, which we all missed out on last year.

Joshua and Fury had all but signed the contracts. But then Deontay Wilder won his arbitration case against the WBC. This forced ‘The Gypsy King’ to give him his third fight, whilst AJ had to fight the tricky southpaw.

Had they both won, the hype for the fight would have been more prominent than ever before. In an unbelievable five-knockdown thriller, Fury retained his title. But sadly for combat sports enthusiasts, Joshua couldn’t hold up his end of the bargain.

It looked like the monstrous match-up was dead in the water. The reigning WBC champion seemed set to collide with Dillian Whyte, whilst the golden boy of British looked to avenge his loss. But now, proceedings have taken a dramatic turn.

Anthony Joshua vs Tyson Fury back on?

In a remarkable turn of events, it looks like the former unified champion will avoid his second contest with Usyk. According to The Telegraph, the 32-year-old is very close to accepting a £15 million step aside deal. This would allow Fury and the Ukrainian to fight for all the marbles in Saudi Arabia, with the winner reportedly facing Joshua.

Although some fans will criticise the Watford-born fighter for ducking a challenge, this is probably the best move for the Brit. There’s no indication that he could avenge his defeat, and should Fury win, he’s guaranteed to be next in line.

Furthermore, the 6ft 6in power puncher is yet to determine who will train him going forward. Therefore, a potential warm-up fight with Zhilei Zhang – who called Joshua out last month – in China probably makes a lot of sense. He can find his new coach and ease into their teaching style before he dives back into the deep end.

However, in accepting the deal, he has to remember that Fury might not beat Usyk. The former undisputed champion is a puzzle that nobody has had the foggiest clue how to solve. His rhythmic footwork and boxing IQ has mesmerised everybody he’s set foot in the ring with. But if there’s one man who can match his boxing brain and get the better of him, it’s the undefeated ‘Gypsy King’.