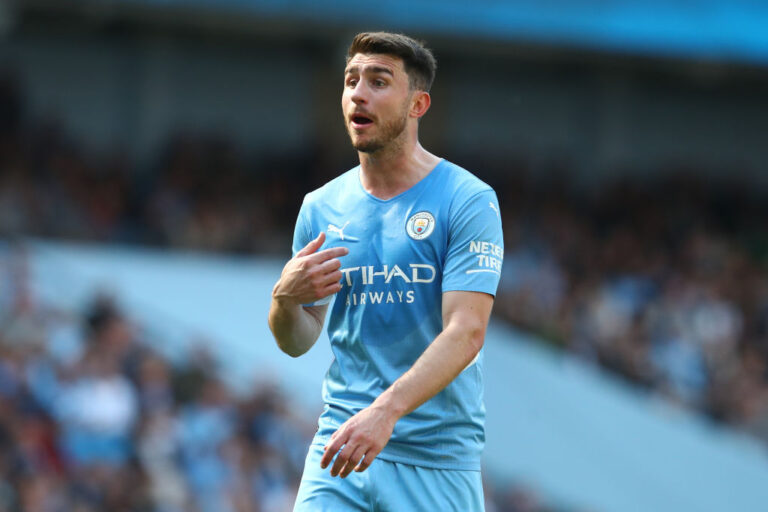 Manchester City defender Aymeric Laporte has taken to social media to reveal his anger over exclusion from the 2022 PFA Team of the Year.

The centre-back was expected to receive a spot in the line-up. However, the 28-year-old didn’t receive the place he felt he deserved.

Laporte played a pivotal role in Manchester City‘s title-winning campaign. The powerful defender put his all into every game. In addition, he used his physical strength to deter attacking players.

However, despite his team proudly lifting the trophy, the Spaniard received the snub. That is because Liverpool‘s Virgil van Dijk and Chelsea‘s Antonio Rudiger were chosen ahead of him.

Some fans questioned the inclusion of six Liverpool players, even though they did not win the Premier League title. However, all six Reds stars in the team had excellent campaigns.

But regardless of the reasoning behind why the votes went the way they did, Laporte is disappointed, and he’s had no problem letting the world know.

It’s fair to say that the powerhouse is more than a little angry at the situation. He has taken to Instagram to post several stories that indicate why he believes he deserved a place.

Laporte showed that he had the highest passing accuracy in the league and the highest number of accurate passes per 90 minutes.

In addition, he also has the most goals of any centre-back, the most completed passes in the league, most points in Premier League history from their first 100 games and the most ‘last-man’ tackles.

In the aftermath of his posts, City posted a video on Twitter showing a montage of the player’s best moments. Although there’s no evidence to suggest that this was a direct dig at the PFA, some supporters are speculating that it is.

But despite making his point, Laporte hadn’t quite finished yet. He then tweeted a famous GIF of Jose Mourinho, in which the Portuguese man says: “I prefer really not to speak. If I speak, I am in big trouble, and I don’t want to be in trouble.”