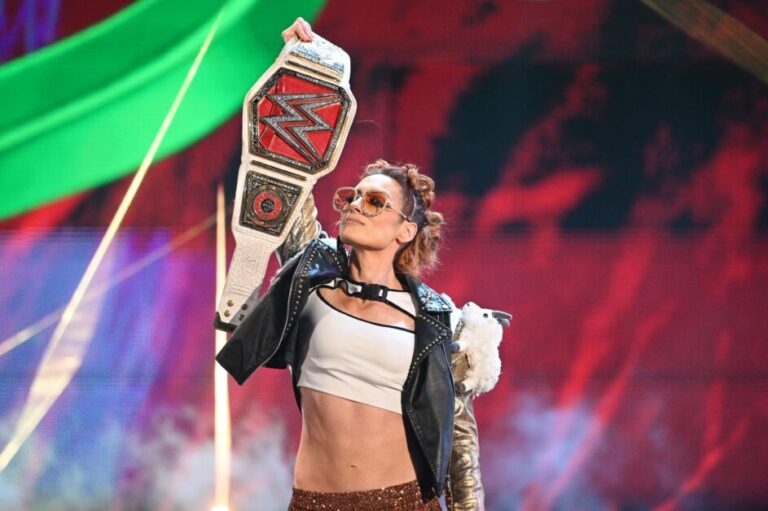 Becky Lynch has spent her WWE career breaking down barriers, winning championships and playing a leading role in the continued development of the women’s division.

She is the current Raw Women’s Champion, a title she has held since October after swapping the SmackDown Women’s Championship with Charlotte Flair. Lynch has been a champion since SummerSlam in August, when she defeated Bianca Belair in what was her first match after a 15-month hiatus due to her pregnancy.

As ‘Big Time Becks’ likes to consistently remind fans during her promos, she hasn’t been pinned for any women’s title since she won gold in 2019.

The Irish wrestler is a six-time WWE women’s champion. She also won the second edition of the women’s Royal Rumble back in 2019.

Read: Five of the most sensational WWE Royal Rumble moments

Throughout her WWE career, Lynch has faced off against many of her fellow top Superstars. They include the likes of Charlotte Flair, Sasha Banks and Bayley.

However, there is one woman she has not yet been able to take on in a wrestling match – and she wants to make that right in the near future.

Who is a dream WWE opponent for Becky Lynch?

Speaking to WWE prior to the Royal Rumble PPV, Becky Lynch was asked about whether one particular opponent was a dream match for her. That opponent is none other than Beth Phoenix.

She said: “I’ve been tweeting that frickin’ Beth Phoenix, trying to get her to fight me, for years.

“She keeps saying no, she keeps dodging it. I think she’s scared. Yes. Yes, I would love to fight Beth Phoenix.”

Phoenix herself was asked the question about a potential future fight against the current Raw Women’s Champion earlier in January. She did not confirm any plans to take on Lynch – but refused to deny the idea outright either.

She said: “Anything’s possible. We don’t close any doors in wrestling because I don’t want to end up a hypocrite. I don’t know. If this [upcoming match against The Miz and Maryse] goes great, you never know what tomorrow brings.”

Lynch then responded by tweeting a video in reference to the ‘The Glamazon’.

What has Beth Phoenix achieved in WWE?

Beth Phoenix is one of the WWE’s all-time great female superstars.

She was a three-time WWE Women’s Champion, and also won the WWE Divas Championship on one occasion.

‘The Glamazon’ is renowned for her strength and athletic ability, and she was one of the star figures in the women’s division during the late 2000s and early 2010s.

Phoenix retired from wrestling in 2012, but has fought sporadically since.

A match between Lynch and Phoenix would be one of the most highly-anticipated bouts in recent memory. For now, though, both women are engaged in other rivalries.

‘The Glamazon’ is currently engaged in a feud with The Miz and Maryse, alongside her husband Edge. They will face off in a mixed tag team match at the Royal Rumble pay-per-view. ‘Big Time Becks’, meanwhile, defends her Raw Women’s Championship against Doudrop.

Fans can tune-in to WWE Royal Rumble this Sunday 1am (streamed live from the US on Saturday 29th January 8pm ET) on the BT Sport Box Office or WWE Network.