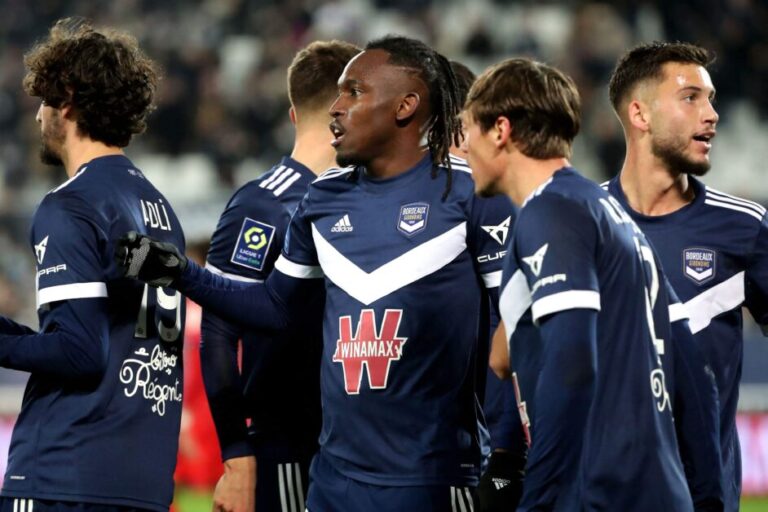 Bordeaux have sensationally dropped their shirt sponsor, Winamax, for their frequent and degrading memes.

The French side have struggled throughout the 2021/22 campaign. They currently sit in 19th place, having won three Ligue 1 games all season. Their declining form has disappointed fans, who can now only reminisce over their domestic title win back in 2009.

In April, the club entered administration after their owners, investment management firm King Street, claimed they were unwilling to continue supporting their side financially. This was partially due to issues surrounding the collapse of a broadcasting deal due to the Covid-19 pandemic.

They finished last season in 12th place, but as their struggles have worsened, so have their performances. The former league winners now find themselves in a hotly contested relegation battle, where survival is anything but guaranteed.

When a club is going through hard times, the fans usually rally around them and continue to support them as best they can. But that can’t be said for Bordeaux’s now former shirt sponsors.

If the French side isn’t getting mocked enough on social media, their former business partners, Winamax, have well and truly twisted the knife. They’ve posted several memes and posts mocking the team’s performances. This has resulted in Bordeaux terminating its contract with the business.

However, the French online poker firm responded to the club with a ruthless tweet instead of apologising.

They said: “We’ve been looking for a good defence for an hour, but like the Girondins, we can’t find one.”

What else has Winamax posted about the club?

Football enthusiasts around the globe are shocked – and likely intrigued – by the events that have unfolded in France. Winamax have posted several mocking social media posts towards the club they sponsor. They include this post, aimed towards Bordeaux fans celebrating Christmas.

This isn’t the first time the company have pulled off a stunt like this. They were formerly sponsors of Spanish side Granada. However, the club decided to end the agreement after the firm created a bizarre X-rated ‘heat map’ post following a heavy defeat to Atletico Madrid.

Meanwhile, on Reddit, one user claimed that this could all be part of Winamax’s game plan.

They wrote: “Pretty insane tweets, but if they’re sponsoring a small team that is doing poorly, maybe stunts like these were the best way to really get their money’s worth to get their name out. No other sports club is likely going to sign them on, but the exposure from this may be worth more than 1.3M per season from sheer infamy.”

Bordeaux supporters can now only hope they prove their former sponsors wrong by winning their battle to stay in Ligue 1.