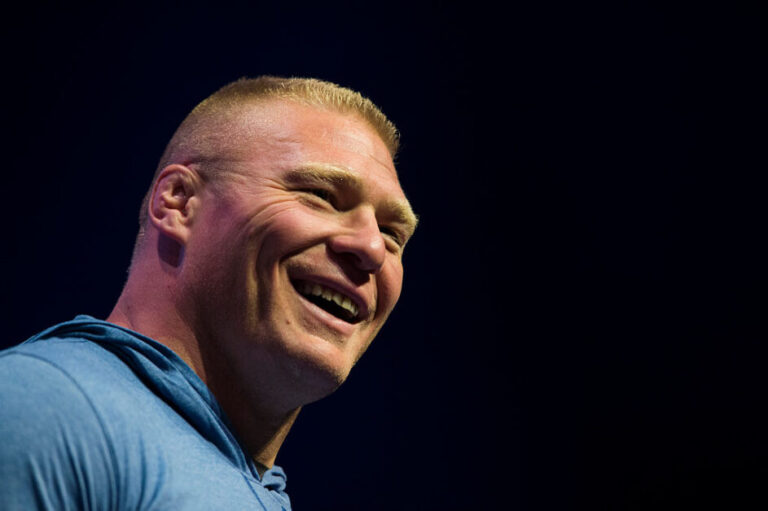 Brock Lesnar gets paid to bodyslam people and to punch their faces swollen.

It’s what he’s good at doing. He’s so talented in this realm that we’ve often wondered if he would do it for free. New footage of the behemoth slamming people through restaurant tables on his day off gives that thought momentum.

Of course, after putting this footage in context, it becomes apparent that Lesnar’s violent-but-happy recent restaurant visit ties in with his professional obligations.

Brock Lesnar hangs out with the Jackass crew

The beloved crew behind Jackass have been working hard to promote their upcoming movie, Jackass Forever. A part of this promotional tour has seen Johnny Knoxville appear on WWE television for an angle that will see him compete in the Royal Rumble over the weekend. It’s a fun storyline that benefits all parties.

Judging by footage that emerged over the weekend, Knoxville and co. have found kinship among the WWE dressing room. It has created the unexpected crossover friendship that fans didn’t know they needed to see: Knoxville and Lesnar.

The two shared a hug in a restaurant on Friday night after Lesnar bodyslammed Wee Man (real name Jason Acuna) through a table. Or rather, on to a table. This wasn’t a prop WWE table either – this table was made of solid wood. It even had cutlery, glasses and china on it. Neither Lesnar nor Wee Man seemed to care.

One of the major superstars in WWE, Lesnar will feature at the Royal Rumble 2022 over the weekend. He defends his WWE Championship against fellow MMA alumni Bobby Lashley. Fans have pined for the two to square off in the ring for a long time.

Click here for further details about how, where, and when to watch the Rumble.