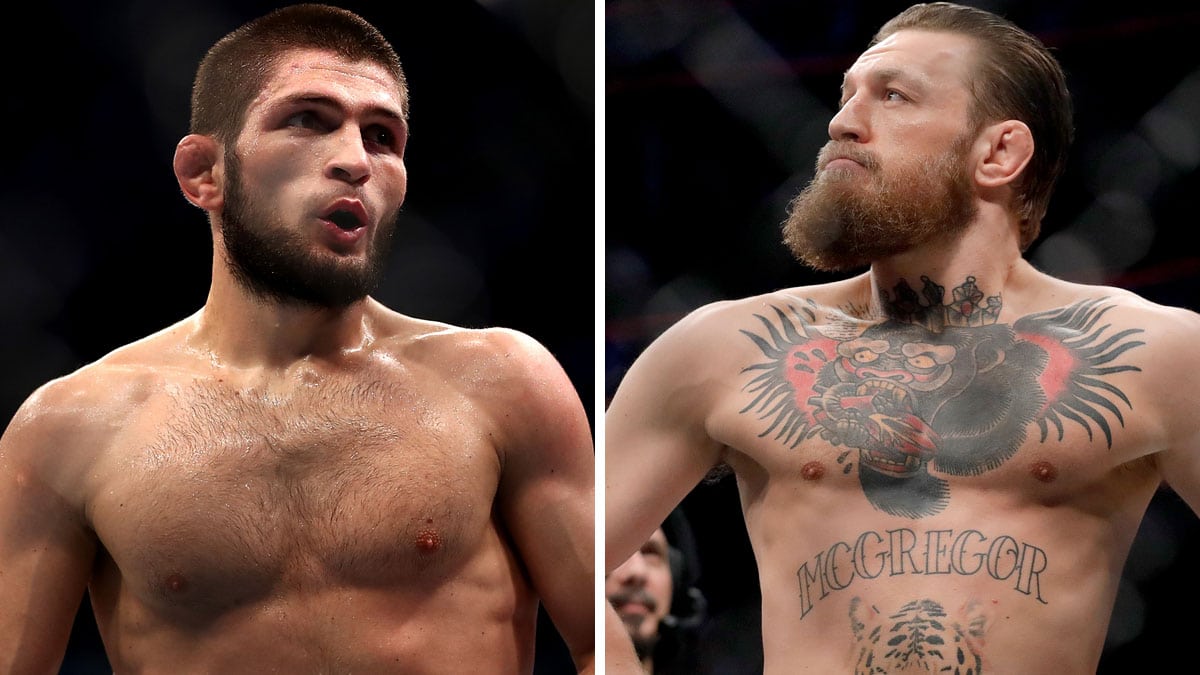 The latest feud was sparked by comments Khabib made during his press conference with upcoming opponent Tony Ferguson.

During the heated event, which saw the Russian kick Ferguson’s belt off stage, Nurmagomedov told his opponent that he would “eat him in a street fight”.

McGregor took exception to those claims, sharing an image of Khabib during the bus attack that saw Conor arrested in 2018.

His one-time opponent responded by sharing his own image of him pinning McGregor against the cage during the pair’s meeting in 2018.

McGregor fired back with a photo of the controversial moment the lightweight champion scaled the octagon and attacked his corner team.

The ‘Eagle’ then shared the infamous clip of McGregor punching an elderly man in a Dublin pub.

show it to your son and say how good you are on the street fight pic.twitter.com/o6EXXW0yKt

The ‘Notorious’ had the final say in the exchange, citing his victory over Donald Cerrone while criticising Khabib’s fighting style.

I save my hugs for postfight ❤️ pic.twitter.com/KuFuZQ9BE5

Conor, who recently returned to the sport after more than a year out, also called out Khabib’s teammate Makhachev Islam, who claimed in a now-deleted tweet that “This is not a woman’s sport”.

An absolute cretin. A Convicted Steroid cheat that will do anything to avoid impact and stall a fight, and then talks down on one of the greatest exchanges of combat ever produced by our female combatants.
These little gremlins! It’s back on. Filthy rats.
Shame on the game. https://t.co/JddPD4pio7

Nurmagomedov will face Tony Ferguson at UFC 249 on April 18, while we’re still awaiting any kind of confirmation on when / who Conor’s next fight will be.