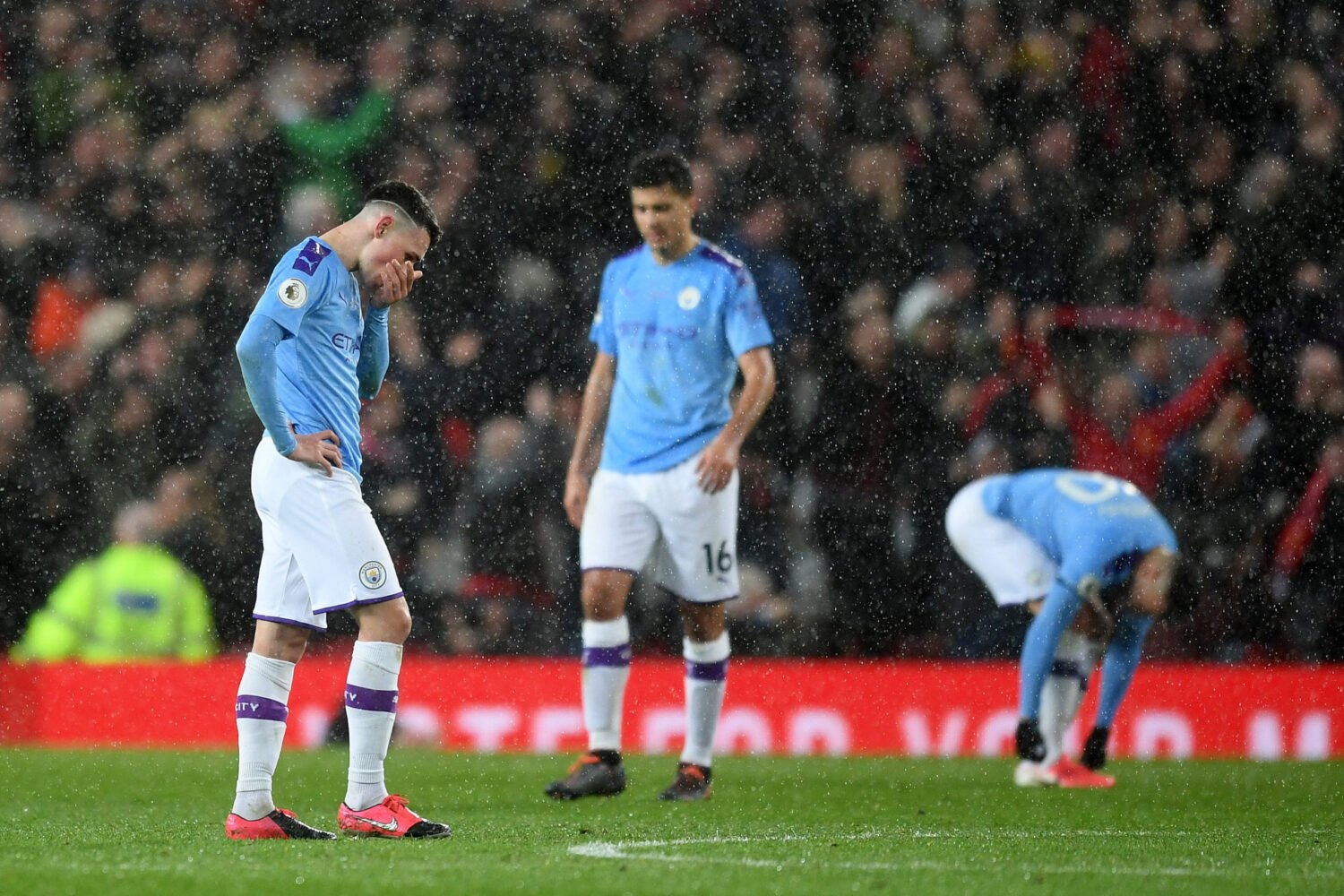 Two seasons ago, it looked as though Manchester City were set to dominate English football for the foreseeable.

This season though, has proved how tough it actually is to sit atop the pile for a prolonged period and while there’s no need for overreactions, City could have a tricky few months ahead of them.

With a Champions League ban looming and a number of key players at the wrong end of their careers, Pep could be about to enter the toughest period of his managerial career.

Throughout the derby defeat at Old Trafford, Guardiola cut a frustrated figure as he watched his side struggle to trouble De Gea’s goal as City failed to beat their rivals for a third time this season.

Obviously we have to take the game with a pinch of salt. The league campaign has been a lost cause for months, City’s priorities lay firmly in the Champions League and they’ve just added another Carabao Cup to the collection – though it did highlight a number of growing issues for the Blue side of Manchester.

Serigo Aguero is now 31, Fernandinho is 34 and David Silva is playing his final season. All three have been integral to the club’s success and it’s hard to say whether Pep has viable replacements for any .

Gabriel Jesus has done a pretty good job when called upon, whether he can fill the shoes of one of the greatest Premier League strikers in history though, is a whole different matter.

Fans will be hoping Foden fills the Silva-shaped-hole but again, as good as the youngster has looked in cameo appearances, a lack of playing time poses serious question marks on whether that’s a long-term solution.

The most worrying department though, has been the back line, which without Aymeric Laporte has often looked lost. Fernandinho has been the club’s best defender after him, which isn’t reassuring given what has been spent on strengthening over the years. While the Brazilian’s performances as a makeshift centre back have often been faultless, the team suffers when he’s not present in his usual holding role.

Replacing players of such calibre would be a torrid task under any circumstances – with the possibility of no Champions League football at the Etihad for two seasons, things get even more complicated on the recruitment front.

Throw in the fact that Pep – a manager who famously doesn’t stick around longer than three seasons – is about to enter the final year of his contract and you’d forgive City fans for feeling a little uneasy about the next couple of years.

It isn’t time for knee-jerk reactions and it’s easy to be negative on the back of a derby defeat. This year is likely the best chance for the illusive Champions League and the FA Cup is a strong possibility.

The reality is much of City’s future planning will inevitably hinge on that European ban. If that is upheld not only will rebuilding be tough, convincing star players and a manager openly obsessed with the competition to stick around could also get complicated. The likes of De Bruyne and Sterling, who are in the peek of their career, may have big decisions to make.

One thing’s for sure, whatever happens in the season’s closing weeks, this summer needs to be a huge one if City hope to challenge Liverpool next time out.