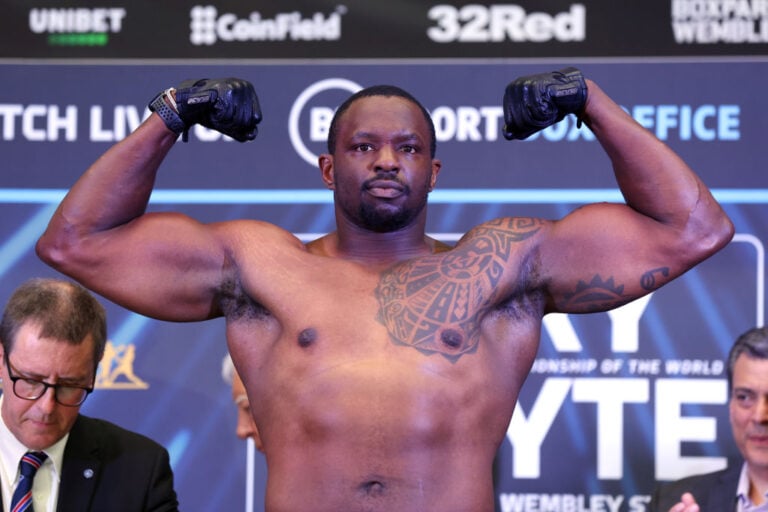 From picking bullets out of his leg in Jamaica to getting knocked out by Tyson Fury in front of 94,000 fans at Wembley Stadium, it’s fair to say ‘The Body Snatcher’ has had to face his fair share of adversity. But in the face of horror, he’s always shown a great degree of mental fortitude. And when he takes to the ring at Wembley Arena, he’ll be looking to prove that he’s still got plenty in the tank.

Throughout his career, the 34-year-old has produced some of the most entertaining bouts in heavyweight history. His infamous brawls with Derek Chisora and Joseph Parker have gone down in the British boxing history books. However, after taking so much punishment, how much can he possibly have left?

In all likelihood, this is Whyte’s last run at the heavyweight throne. Therefore, he’ll have to prepare better than ever before, as the two fighters at the top of the tree have the skills to leave him chasing shadows. However, in the occurrence of the fragmentation of the belts. the Brixton man could find himself with a massive opportunity.

But before he can think of any of that, he’ll have to focus on his next opponent, who’s preparing to shock the world.

Who will Dillian Whyte fight next?

On October 21, Eddie Hearn confirmed that his man will go toe-to-toe with 21-0, Jermaine Franklin. ‘The Assassin’ has long awaited his shot at the big time, and now he has the opportunity to prove himself against one of the biggest names in the division.

However, while his record looks great on paper, he hasn’t fought many notable opponents. His best wins have come against Jerry Forrest and Rydel Booker. But that’s not to say that he’s incapable of rising to the occasion.

With Whyte coming off a humiliating defeat at the hands of ‘The Gypsy King’, Franklin will see an opportunity to throw a spanner into the mix. And while the bookmakers will make the Brit the favourite, his opponent won’t be coming to roll over.