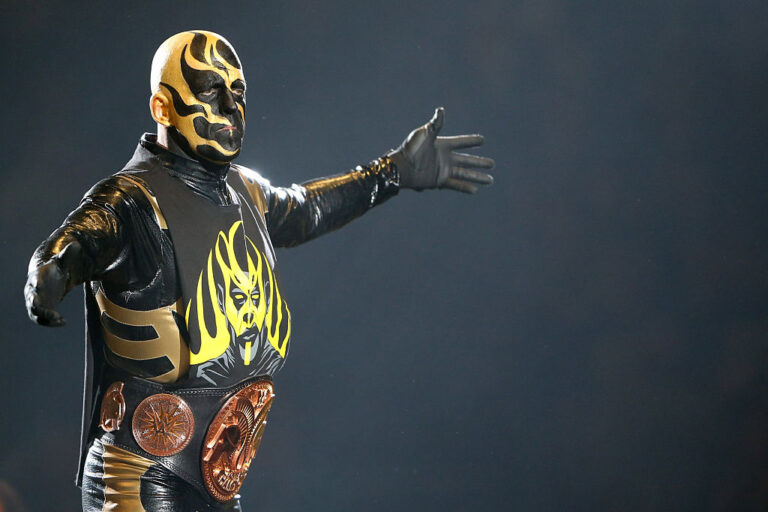 Critiquing Booker T hasn’t gone down too well for Dustin Rhodes, as fans have reminded him of comments he made about the homeless.

Although now wrestling in AEW, the 53-year-old made a massive impact in WWE as the legendary ‘Goldust’. With his father, Dusty Rhodes considered one of the best performers of all time and his brother Cody currently tearing apart Monday Night Raw, it’s fair to say he comes from one of the best wrestling families in history.

However, in contrast to his family members, Dustin went down a slightly more gimmicky path. But that’s what made him so memorable. He drowned his face in gold paint, wore a ridiculous robe and portrayed one of the most peculiar characters to have ever graced the ring. But for some reason, it worked. Fans couldn’t help but take notice, and this allowed him to remain at a high level for decades.

He proved that you don’t necessarily need the greatest of physiques to make an impact, and he recently made that very clear to a wrestling legend.

In a recent edition of ‘The Hall of Fame with Booker T & Brad Gilmore,’ the former discussed how one of AEW’s finest could prevent himself from sustaining any more injuries. He said: “We gotta get more weight on Adam Cole.”

Most fans viewed these comments as reasonable, but others called branded them ‘body-shaming’.

Due to the backlash, the six-time world champion had to explain himself.

“As opposed to trying to advocate how we could make Adam Cole look better, I think I would be saying a whole lot worse if I was trying to down Adam Cole.

“That’s what the internet does, man. They take anything that I say and try to make it clickbait like I criticised Adam Cole.”

But despite his explanation, Rhodes took to Twitter to express his opinion: “Enough of the body-shaming every person that doesn’t fit your mold. F**k off.”

His rant has led to fans digging up comments he made about the homeless, in which he expressed that only those rummaging through bins deserve help from the general public.

Rhodes explained: “There’s a big difference between someone begging for money at a traffic light, and a man digging in the garbage for food and not asking for help. Help that person.”