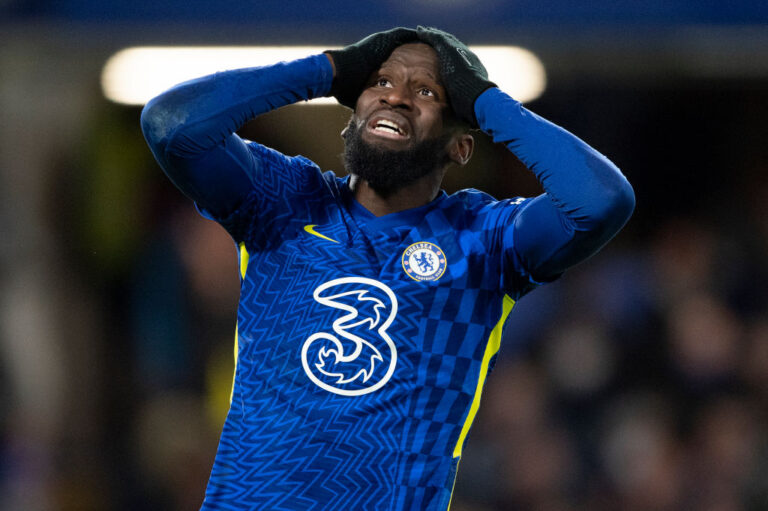 Antonio Rudiger and Chelsea are seemingly at loggerheads over the player’s contractual demands, giving potential suitors a window of opportunity.

The London club faces the daunting prospect of losing their Champions League-winning centre-back for free in the summer.

The German has yet to agree on a new deal with the league leaders despite being a guaranteed starter in Thomas Tuchel‘s starting XI.

But if Rudiger was to leave, which clubs would be interested?

Real Madrid are reportedly very keen to sign the defender, and the feeling is mutual with Rudiger. According to Goal, the German wants a contract worth “€12m clean per season” to move to Real Madrid.

This figure, which is equivalent to approximately £210,000 per week, is reportedly far higher than Chelsea are willing to pay.

The publication adds that the North London side are willing to increase the 28-year-olds weekly wage to £140,000. However, this number is still less significant than the paycheques that Timo Werner and Kepa receive, despite featuring in the team less regularly than Rudiger.

The 6ft 2in powerhouse would walk into the starting X1 at the Bernabéu, and considering he reportedly wants to play there, we could see him in a Real Madrid shirt next season.

The 30-time Bundesliga champions Bayern Munich have claimed to be willing to double Rudiger’s yearly wage to £10million.

BILD claim that they could “easily” offer the £10million (€12m) wages the German international is demanding. Bayern are also believed to have already contacted Rudiger’s agent and brother, Sahr Senesie.

Club manager, Julian Nagelsmann, heaped praise on the defender back in September, calling him a “decisive player“. When asked about whether he’d be willing to sign the footballer, he responded interestingly.

He said: “I’ll see if I still have money in my wallet.”

The Copa del Rey champions are willing to go head to head with their domestic rival, Real Madrid, for the signature of the Chelsea centre-back.

That is as per AS, who claim that the pair are ready to face off in a “real auction” for Rudiger.

The Spanish club have been the dominant force in Europe over the last ten years. They’ve won everything there is to win in world football.

They aren’t quite that same force anymore, but the prospect of being part of a rebuild under new manager Xavi may appeal to Rudiger.

The German desires a significantly higher wage slip than what he is earning right now, and if there’s one club that have deep enough pockets to pay that, then it’s PSG.

According to Le10 Sport, the French side’s sporting director, Leonardo, is eagerly awaiting the summer transfer window. He intends to pounce on his target and sign him on a free transfer.

Earlier this year, PSG brought in Sergio Ramos in an attempt to bolster their defence. If they were also to add Rudiger, they would arguably have the best centre-back pairing in all of Europe.

The Italian giants aren’t the side they were in the early 2000s, but could the signing of Rudiger help take them back to their glory days?

AC Milan have struggled to prevent their opposition from penetrating their defence throughout this year’s campaign, conceding 18 goals in 15 games.

The addition of the German would undoubtedly help them eradicate that problem. Given their position in second place in Serie A, defensive improvements could push Stefano Pioli’s side towards the title.

As per Calciomercato, the club is interested in signing the defender to complement former Chelsea centre-back Fikayo Tomori. However, Rudiger’s wage demands may be higher than the San Siro side are willing to pay.

Where should Antonio Rudiger go?

Antonio Rudiger certainly isn’t short of options. He is a desired commodity at many of Europe’s premier sides. But this doesn’t mean he has to leave Chelsea.

Not only has the defender just won the Champions League, but he is also on the cusp of league success as well. With this in mind, it could be considered a wrong decision to depart from Stamford Bridge.

However, when all of the continent’s premier sides are vying for your signature, then the temptation to move on must be rife.

The only thing for sure is that Rudiger is in a perfect position at the bargaining table right now.

Pogba says Rudiger “nibbled” him during France vs Germany

Pogba says Rudiger “nibbled” him during France vs Germany