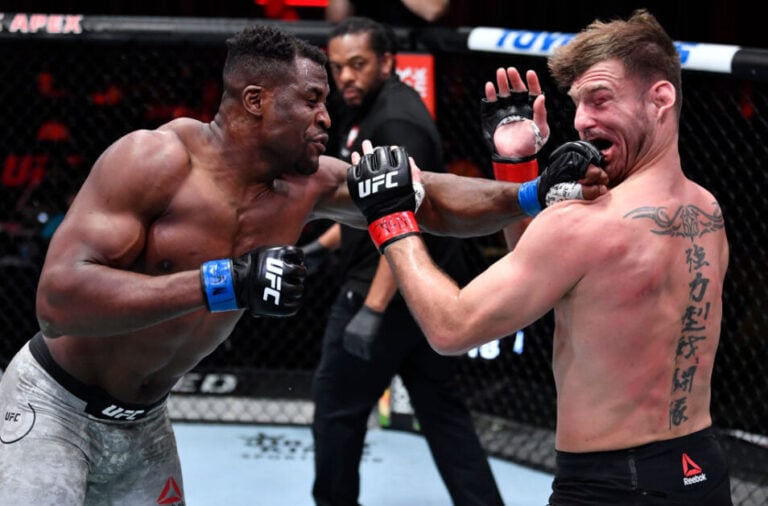 Robert Whittaker will take on Israel Adesanya again next month in one of the most anticipated UFC rematches in recent history.

The pair last saw each other in the octagon on October 6 2019 at UFC 243, when Adesanya destroyed then-champion Whittaker with a second-round knockout.

The Reaper recently opened up about his defeat, admitting that his feelings got the best of him. In an interview with MMA Hour, Whittaker explained how he did some much-needed soul-searching after the fight:

Now, Whittaker will try to steal the UFC middleweight championship off Adesanya with a rematch scheduled for February 13. The Reaper will arrive at the bout in excellent form after having won his last three fights via unanimous decision.

To beat Whittaker, Adesanya will have to be at his very best. A reclamation of the middleweight championship would firmly place The Reaper in the pantheon of middleweight fighters.

As a warm-up for the bout, we have chosen five times when UFC fighters got their revenge in a rematch.

We’ll kick things off with an oldie but goldie. Liddell and Couture first met in 2003 at UFC 43, with the latter claiming a victory via TKO.

A Greco-Roman wrestler and former heavyweight champion, Couture was one of the most fearless fighters in the world at the time. It would take Liddell three years of intense training to have a second chance against him.

A rematch between the pair happened in April 2005 at UFC 52. At the time, it was the highest-grossing UFC event ever. A controversial poke in the eye disturbed Couture, who would later collapse after a heavy right-hander from Liddell.

There would be yet another rematch, with Liddell breaking the draw in 2006 in a successful defence of his light heavyweight title.

This scrap must be one of the most violent rematches in UFC history.

Brock Lesnar hated Frank Mir’s guts. In 2008, Mir ruined the wrestler’s UFC debut, catching Lesnar with a kneebar that forced him to tap out in the first round.

Mir would later express a desire to fight Lesnar again, claiming that he wanted to break his neck and become the first UFC fighter to kill his rival in competition. However, a second rematch would never take place.

The UFC sold the first encounter between Miocic and Ngannou as the battle for “The Baddest Man on the Planet” award. They had a point: both heavyweight fighters were incredibly ferocious competitors.

In January 2018, Miocic defeated Ngannou for his third title defence. It was a one-sided bout, with Ngannou never standing a chance in spite of making it to the fifth round. After knocking out Jairzinho Rozenstruik in just 20 seconds, Ngannou challenged Miocic for the championship again.

This bout was the stuff of legend – simply one of the best recent UFC rematches. The Cameroonian avenged his first loss with a dominant display, rounded off by a left hook that finished Miocic.

Diaz and McGregor first faced unexpectedly at UFC 196 in early 2016. The Notorious was supposed to fight the lightweight champion Rafael dos Anjos, but the Brazilian-American would unfortunately break his foot days before the event.

Then, Nate Diaz stepped up, the bout moving up to welterweight.

Diaz would claim the victory with a second-round submission via rear-naked choke, stripping McGregor off his hitherto perfect UFC record.

A rematch took place a mere four months later, with McGregor winning via majority decision. It was a controversial bout, with Diaz claiming that he should have been declared winner.

Poirier first faced McGregor in September 2014 at UFC 178. As both fighters were far from being the world-conquerors they are at the moment, the bout didn’t generate big expectations.

It was a clear victory for the Irishman, who knocked Poirier out in the first round.

Poirier would have to wait seven years to take this revenge. The Diamond became the first person to defeat McGregor by knockout, finishing McGregor in the second round.

UFC 264 saw both fighters go face-to-face again. Unfortunately, it wasn’t what fans expected. Poirier claimed a second victory, but this time it was via technical knockout after McGregor broke his tibia.

Once McGregor is fully recovered from his injury, the pair are expected to add another entry to this list of historic UFC rematches.