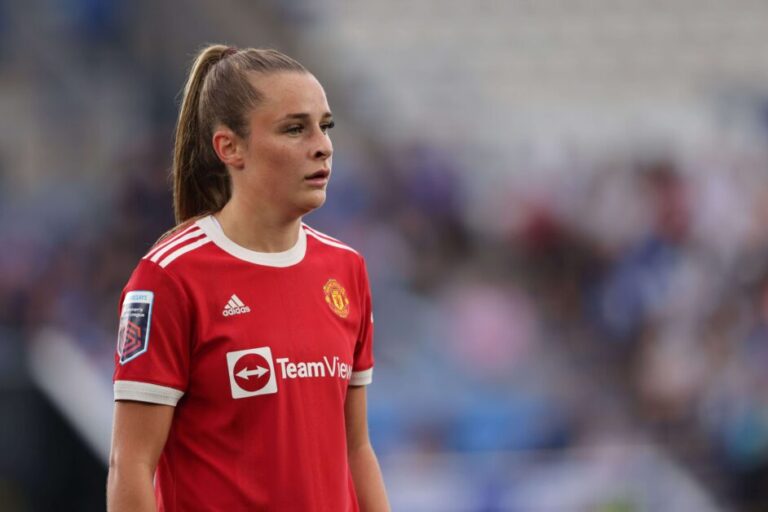 Arsenal currently sit top of the table with 25 points from their 10 games, but they haven’t had it all their own way in recent weeks. The Gunners lost 2-0 to Birmingham City last weekend. It was Birmingham’s first win of the season.

Emma Hayes‘s Chelsea, meanwhile, recorded perhaps the result of the season with a 6-1 win away at Manchester United in September. They are one of only two teams to score six goals in a game this season – Manchester City matched their feat when they defeated Brighton 6-0 on January 9.

There have already been several star performers. Chelsea’s Sam Kerr leads the goalscoring charts with nine strikes, two ahead of the imperious Vivianne Miedema.

Several teams have also exceeded expectations. Tottenham are in third place, ahead of Manchester United and Manchester City, whilst sixth-placed Reading have won four of their last five games. In fact, with just nine points separating them and the top of the table, we could be in for a thrilling second half of the season.

Here are five players who could have a considerable say:

Since her 14-goal 2018/19 season in the Women’s Championship as a teenager, Ella Toone has caught the eye of many across the footballing world.

The 22-year-old has netted five goals and provided two assists in 10 games for Manchester United this season. She has also made an impact in her brief England career to date, netting on six occasions in her eight caps. Toone scored a hat-trick in the Lionesses’ 10-0 win over Latvia in October.

Toone is a technically gifted forward and a natural finisher, the reigning Women’s Super League Player of the Month. If she can continue to carry that momentum forward, she should be in for a great year.

Chloe Kelly‘s superb debut season for Manchester City was cruelly cut short by a severe knee injury in May.

She had incredible returns of 10 goals and 11 assists in just 21 Women’s Super League games up to that point. Kelly had also forced her way into the England squad off the back of those performances.

City boss Gareth Taylor confirmed earlier in January that the 24-year-old’s return was not imminent, but when she does come back, she will be desperate to pick up from where she left off.

The news that Leah Williamson had agreed to a new contract with Arsenal was met with delight by Gunners fans.

For the last three seasons, the 24-year-old defender has been an integral part of the first-team squad. She has also received 25 caps for England and has captained them four times.

A centre-back who began her footballing career as a defensive midfielder, Williamson is exceptionally comfortable on the ball and is capable of executing a wide range of passes. She keeps on getting better and better – and 2022 could be the year she establishes herself further as one of the best centre-backs in the world.

As a goalscoring midfielder with plenty of international experience, Canada international Jessie Fleming arrived at Chelsea in the summer of 2020, with massive anticipation from fans.

Fleming struggled to find her best form for the Blues in her first season. But off the back of a strong Olympics with Canada – who won the women’s tournament – Fleming has established herself at Chelsea this term.

She has three goals and two assists in the 2021/22 Women’s Super League so far and has started 11 of her side’s last 16 games in all competitions. She was also named as November’s WSL Player of the Month.

The year of 2022 could be huge for the midfielder.

As the namesake of Southampton legend Matt, Maya Le Tissier said in an interview with The Times that she is constantly asked whether the pair are related – they are not.

The 19-year-old has made significant waves during her time in the Women’s Super League with Brighton. She has played in every minute of the league campaign so far, primarily as a centre-back. But her versatility is one of her key attributes – she can also play at full-back and in central midfield.

Brighton manager Hope Powell has previously admitted that there has been interest in one of the club’s star talents, and explained in November (quotes via The Argus): “I think her versatility helps her learn more about the game, more about herself and her capabilities.

“When we have been quite light, it’s a necessity [position change] as much as anything else and what’s best for the team as well as what’s best for Maya … Down the years, who knows? It is all about her progression and how she manages herself.”