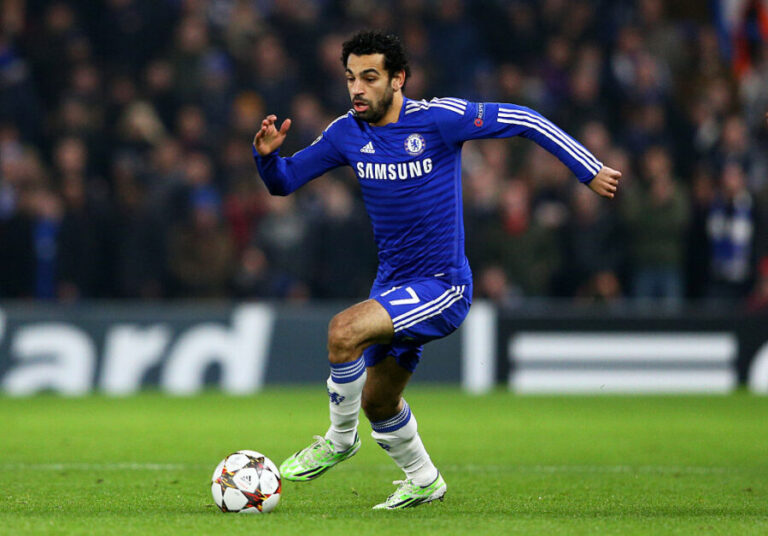 Many world-class players who struggled at Chelsea have shined elsewhere.

The Blues have suddenly become immersed in one of most bizarre stories of the season. Months after joining Chelsea for almost £100m, star striker Romelu Lukaku has openly expressed his current unhappiness at the club.

In an interview with Sky Italia, the Belgian forward went as far as to talk about a potential exit. Voicing his regrets about his Inter Milan adieu, Lukaku opened the door to a Calcio return before his career ends.

Chelsea manager Thomas Tuchel punished Lukaku by taking him off the squad for their key Liverpool fixture.

This is hardly the first time that Chelsea has spent big money on a number nine who fails to live up to expectations. Let’s go back in history and remember a few top players who flopped at Stamford Bridge.

The Belgian number nine is unique in that he’s failed to impress at Chelsea in two different spells.

Early in the 2010s, Roman Abramovich’s board changed their transfer strategy. They would go after promising players early in their careers, even if they couldn’t offer them any playing time at all.

A product of the Anderlecht academy, Lukaku was also part of Chelsea’s regeneration process. After moving to the Blues early in the 2011-12 season, he saw limited time on the pitch. He played just over 400 minutes across all competitions and didn’t score once.

The 2012-13 season would see Lukaku join West Brom on loan. His impressive WBA season, with 17 goals and seven assists, made Chelsea give him a first-team place next year.

It didn’t last long. Frustrated with his playing time, Lukaku requested a loan move to Everton early in the 2013-14 season. He would spend four seasons at the Merseyside club, who ended up buying him.

Lukaku became a true star at Everton. His 25-goal 2016-17 season culminated with a move to Manchester United, where he had his ups and downs.

It was a 2019 transfer to Inter Milan that would reignite his career. Lukaku scored more than 60 goals in two seasons and in 2021 led Inter to their first league title since 2010.

Last summer, Lukaku signed for Chelsea again. So far, his second spell with the Blues has been marked by drama rather than goals. He has only seen the back of the net five times this Premier League season.

It’s easy to forget that Mo Salah was once a Chelsea player. In January 2014, the Egyptian moved to Stamford Bridge after impressing in the Champions League with FC Basel.

Jose Mourinho only used Salah sparingly in his first season. He played 500 minutes in ten Premier League games, scoring two goals. It was the same story the following year, with the winger appearing in only three Premier League fixtures.

The Portuguese manager had a rocky relationship with the Egyptian. After a poor display vs Shrewsbury in the League Cup, Mourinho publicly lashed out at Salah.

But Salah’s Chelsea nightmare would be over soon, with a move to Italy changing his career forever.

After joining Fiorentina on loan in February 2014, Salah attracted the interest of top European clubs. That included Roma, where he would spend the following two seasons.

Salah’s £37.80m move to Liverpool in 2017 should be regarded as one of the best transfers in recent history. He scored a jaw-dropping 44 goals in his first year, leading the club to the Champions League final.

The former Chelsea player has now scored 148 times in 229 games for Liverpool. His tally for the Blues? Just two goals.

The Belgian star’s Chelsea spell was somehow even less remarkable than Mo Salah’s.

A product of the Genk academy, De Bruyne joined Chelsea on 31 January 2012. He spent the following year and a half on loan, finally suiting up for the Blues in summer 2013.

Once again, it was Jose Mourinho who didn’t give De Bruyne much of a chance. Outshined by Hazard and Oscar, the midfielder would only see 130 Premier League minutes that season.

Frustrated by the lack of game-time, De Bruyne joined Wolfsburg on a permanent transfer in January 2014. He soon became one of the Bundesliga’s best players, with ten goals and 22 assists in his second season.

De Bruyne’s return to the Premier League would come in summer 2016, after Manchester City paid Wolfsburg £68.40m for him. Widely regarded as one of the best midfielders in Premier League history, De Bruyne has registered 73 goals and 109 assists for the Mancunians.

Roman Abramovich had his eyes set on the Ukrainian striker. In summer 2005, he reportedly offered AC Milan a then-record €73m fee for the striker. Milan would reject the offer, only to see their star striker leave the following summer.

Younger football fans might not know that Andriy Shevchenko was one of the best strikers in the world. He scored 173 goals in less than 300 games during his initial stint at AC Milan, leading them to two UCL finals.

His move to Stamford Bridge had Chelsea supporters salivating. Under Jose Mourinho’s guidance, Shevchenko and Didier Drogba should have formed an unstoppable duo on the attacking end.

It just wasn’t meant to be. The Ukrainian would score 22 goals in 77 games for Chelsea – way below his average in Italy.

One of the biggest world-class flops at Chelsea, Shevchenko’s post-Milan career was punctuated with disappointment. A loan back to Milan in the 2008-09 campaign saw him play in 18 Serie A games without scoring. Shevchenko would return to Dynamo Kiev for the final years of his career.

One of the best strikers in the world during the 2000s, Fernando Torres’s first Premier League seasons were outstanding. Holding lofty ambitions for himself, he left his life-long club Atletico de Madrid to join Liverpool in 2007.

El Niño would soon become a Liverpool legend, with 30 goals in his first season. He had a great run with the Reds, but it would come to an end in January 2011.

Torres, who had never won a trophy at club level, was desperate for a move to a stronger club. Then, Chelsea came along. He joined the Blues for a £50m fee, making him the sixth most expensive player in history.

But Torres’s Chelsea tenure got off to a rocky start. In his first half-season, he only scored one goal in over 1000 minutes across all competitions.

The Spaniard’s pace and quick acceleration had suddenly vanished. Having undergone knee surgery in April 2010, Torres rushed his recovery to make Spain’s national team in time for the 2010 World Cup.

Spain ended up winning the World Cup in spite of Torres’s subpar performance. He had become a world champion, but his career would take a drastic turn for the worse.

Torres played 172 games for Chelsea, 30 more than for Liverpool. But whereas his goal tally for the Reds was an impressive 81, his Chelsea spell finished with a mere 45.

Torres did see some success at Chelsea, though, winning the Champions League with them in 2012. However, his sudden drop in form made him a perfect candidate to end our list of world-class players who struggled at Chelsea.