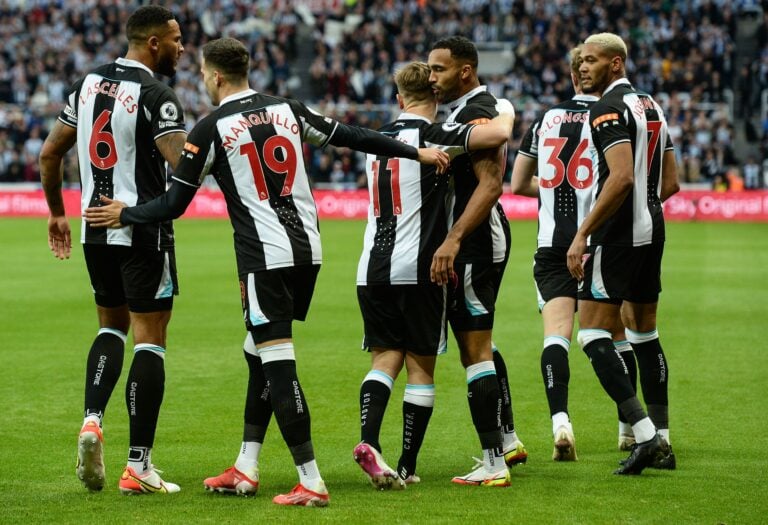 Football Manager 2022 has been released this week, and players are already getting into their first save games.

For many, this upcoming weekend could be the first chance they have to delve into the game’s new features.

From the new Data Hub to an improved match engine, this year’s version of Football Manager is arguably the best yet.

Read: Every feature confirmed so far in Football Manager 2022

When deciding which team to manage, players look for their starting transfer budgets on Football Manager 2022. Some like to set themselves a real challenge by spending little money, while others want to invest heavily in the first transfer window.

We’ve taken a look at the top five European leagues on FM22 to find out which teams have the highest starting transfer budgets.

Here’s what we found:

There is a reason why so many players choose Newcastle to start their first save game with on FM22. It’s because they’ve got money. And plenty of it.

The newly-rich Magpies have double the amount of money to spend than the team in second place on this list.

That means there’s plenty of avenues you can go down when it comes to improving the squad. Do you spend all the £200 million at once, or perhaps save some of it for further down the line?

As expected, Manchester City are another side that start Football Manager 2022 with plenty to spend.

A cool £100 million will be available if you start a save game with the Citizens.

Much like the Newcastle dilemma, how you spend the money depends on whether you want to recruit one big-name player – Kylian Mbappe, for instance – or buy in several positions. But, as we know from real-life, this City squad doesn’t need many improvements.

Despite their financial difficulties in the recent past, Real Madrid still have over £50 million to spend in the summer transfer window.

That may be down to the fact that Carlo Ancelotti made very few additions to his squad in the real-life summer. Eduardo Camavinga arrived for around €30 million on deadline day, and Real signed David Alaba on a free transfer.

There isn’t much wriggle room when it comes to the wage budget, however. You only have about £50,000 per week in excess, so you may want to adjust the budget or sell some players.

Fresh off the back of their Champions League success last season, Chelsea have high budgets for new signings at the start of Football Manager 2022.

There’s also nearly £200,000 excess when it comes to the wage budget. With players out on loan in addition to that, you could have even more to spend on new players in season two.

The fifth and final team on this list is French giants Paris Saint-Germain. There’s still room for more even with Lionel Messi, Neymar and Kylian Mbappe in your squad.

Do you invest in midfield and defensive areas to support the famous attacking trio, or wait for another colossal signing to come along? The choice is yours.