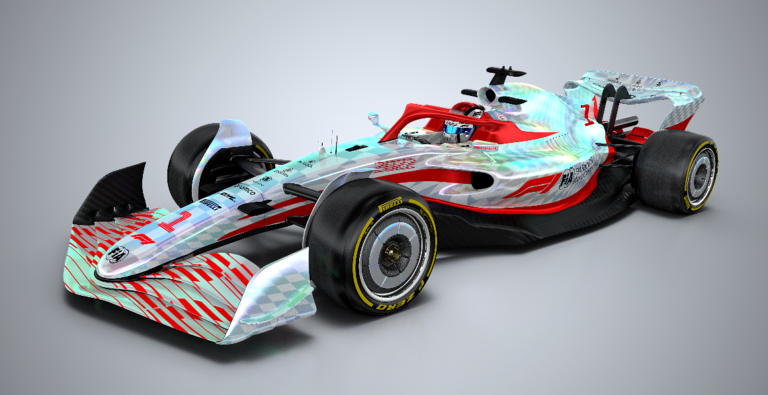 Formula 1 car reveals are an exciting time for fans of the sport, with it being the first opportunity they have to see the cars they will be watching for the next year.

The year 2022 is of particularly keen interest. There have been a series of rule changes that will affect how the cars look.

There are changes to the front wing, rear wing and tyres. Wheel winglets will feature on the cars for the first time. The cars will also run with fully sustainable fuel.

Last season, Haas finished bottom of the Constructors’ Championship, having failed to secure a single point. However, they have won the first battle of 2022. They are the first team to unveil their new car.

Their new car, titled the VF22, was unveiled on February 4. Drivers Mick Schumacher and Nikita Mazepin will be hoping to secure more points than last season.

Red Bull have confirmed that they will launch their 2022 car on February 9.

Max Verstappen will be hoping that it guides him to a second consecutive Drivers’ Championship. The Dutchman won his first world title in Abu Dhabi last year.

The team revealed the news in a Twitter video featuring Verstappen checking his watch. Not long to wait now, Max.

Next on the Formula 1 car launch dates list is that of the new Aston Martin challenger. The British team will reveal their new car on February 10.

The car, which Sebastian Vettel and Lance Stroll will drive, will be unveiled at the team’s Gaydon headquarters.

McLaren will unveil their new car, which they hope will lead to even more than their sole F1 victory in 2021, on February 11.

The launch will be particularly special as the team unveils four different cars. McLaren has teams in IndyCar, Extreme E and eSports.

AlphaTauri are looking to spread some Valentine’s Day cheer with the launch of their 2022 challenger.

Piloted by Pierre Gasly and Yuki Tsunoda, this will be the third car under the AlphaTauri name after the team was rebranded from Toro Rosso at the end of 2019. They will use Red Bull powertrains for the first time.

The launch dates of any Ferrari Formula 1 car is always highly anticipated. In 2022, we will see the Scuderia’s latest challenger unveiled on February 17.

Charles Leclerc and Carlos Sainz will drive the car. It is named the F1-75. That is in honour of the anniversary of Ferrari’s first production car in 1947.

The team will hope their 2022 challenger is more successful than in previous years. The Scuderia took significant strides forward last season. However, they haven’t won a race since Sebastian Vettel took the chequered flag at the 2019 Singapore Grand Prix.

Mercedes, meanwhile, will unveil the car they hope will lead them to a ninth successive Constructors’ Championship on February 18.

Lewis Hamilton and George Russell will drive the car in 2022. Hamilton will be looking for his record-breaking eighth world title. Russell, meanwhile, will be hoping to make a significant impact after joining the team from Williams.

French outfit Alpine will launch their new 2022 car on February 22.

Driven by Fernando Alonso and Esteban Ocon, the team hopes to add to the maiden win it secured, courtesy of Ocon, in last year’s Hungarian Grand Prix. Alonso also secured a podium in Qatar later in the year.

Currently the last team to be announcing their 2022 car, the launch date of the 2022 Alfa Romeo challenger is set for February 27.

The Swiss-based outfit will go into the season with an entirely new driver lineup. Valtteri Bottas makes the move from Mercedes. Guanyu Zhou, meanwhile, has made the step up from Formula 2.

Alfa Romeo will run their new C42 car at the Barcelona pre-season test starting on February 23 with a special livery. They will then unveil the actual livery at a digital event.

The only team left to confirm the launch dates for their Formula 1 2022 car are Williams.

Nicholas Latifi will be joined in the driving lineup by Alex Albon. He replaces the departing George Russell.

Williams will hope their unveiling goes better than it did last year. The team planned to reveal the 2021 car on an augmented reality app. However, the app was hacked before launch. That forced the team to release images of the car instead.