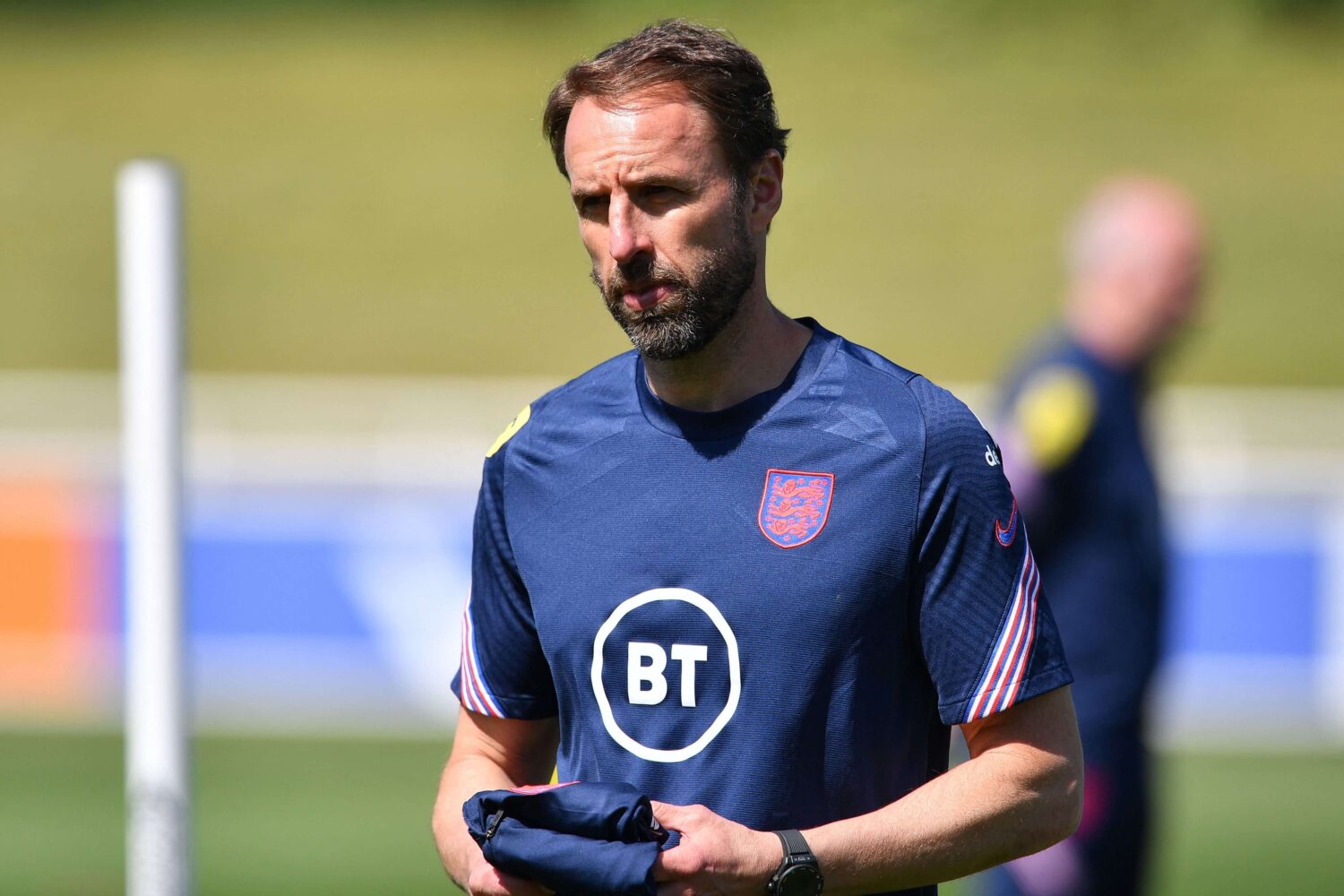 Cristiano Ronaldo and Manuel Locatelli made headlines this week when they removed Coca-Cola bottles during their Euro 2020 press conferences.

Coca-Cola is the official non-alcoholic beverage sponsor of Euro 2020, with the brand having been part of UEFA competitions since 1988.

Ronaldo pushed away two bottles of the product before his meeting with the press on Monday, before urging his audience to drink water.

The move reportedly cut Cola-Cola’s market value by a total of $4 billion.

Italy midfielder Locatelli then followed suit, shortly after scoring a brace in his side’s 3-0 victory over Switzerland on Tuesday evening.

England manager Gareth Southgate has now weighed in on the controversy, defending Coca-Cola by explaining how sponsorship helps sport to function.

He said: “I think there are lots of sponsors in sport and the impact of their money at all levels helps sport to function.

“Particularly grassroots sport in our country requires a lot of investment and without some of those companies investing, it is very difficult to provide the facilities we need.

“With anything, of course, we are mindful in our country of obesity and health but everything can be done in moderation. Anything you take part in or partake in moderation is rarely a problem.

“I understand the concerns that people have, and two guys had different rationale for the stances they took, but there’s always a bigger picture to these things.”

England captain Harry Kane, who was sat alongside Southgate, said: “I totally agree.

“The sponsors are entitled to have what they want if they have paid the money to do so. It is not something personally I’ve thought too much about.”

England take on Scotland tonight at Wembley in the two sides’ second Euro 2020 group stage match, with the game kicking off at 7pm.