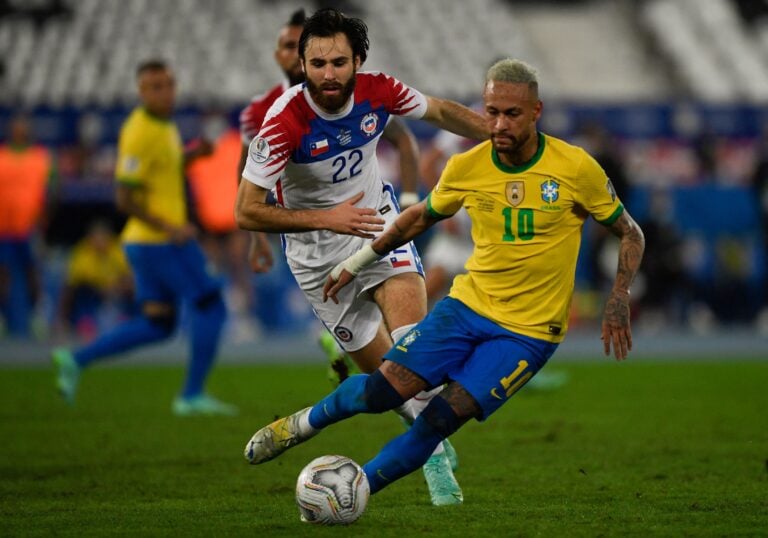 It has been an unbelievable few months for the Blackburn Rovers striker, and an incredible story at that.

Everything began – of course – with the Football Manager game. A Chile fan spotted that he was eligible to play for the South Americans last summer via one of his FM saves.

From there, he began a Twitter campaign using the hashtag #BreretonALaRoja in an attempt to get the striker called up.

He had joined Blackburn for a fee of £7 million in January 2019, but the goals hadn’t been forthcoming until last summer.

In his first 18 months as a permanent member of the squad, he scored just twice.

By the time the club’s trip to Preston North End in November of last year, he had scored two of his eventual seven goals for the 2020/21 campaign – and struck the second goal against North End in a 3-0 win as well.

Word of the Brereton campaign had grown quickly on social media – so much so that the Chile manager Martin Lasarte was alerted.

It would be another six months until the 22-year-old was selected in the senior squad. But as far as national team debuts go, the list of fixtures ahead of him certainly wasn’t a bad way to start.

First, two World Cup qualifiers against Lionel Messi‘s Argentina and Bolivia. Then it was the Copa America.

Brereton made his debut against Argentina from the bench, before being awarded a start for the Bolivia clash.

It was there that Ben Brereton Diaz – Diaz being his mother’s surname – struck his first international goal in a 1-0 win.

He made four appearances in the Copa America as Chile made it to the quarter-finals.

Brereton started two of the first three games, before replacing Alexis Sanchez off the bench for the second half of their defeat to Brazil.

He’s now back at Blackburn, where he was the face of another social media campaign.

The striker set the challenge of 10,000 Twitter likes on a Rovers post in order for him to wear ‘Brereton Diaz’ on his shirt for this season.

It didn’t take long for that target to be smashed. Just over a week later, the post sits on over 24,000 likes.

Now for that Pepsi advert.

Brereton is the starring face of the soft drinks company’s new advert, which sees him dressed in a flat cap and cloak whilst drinking from a can.

He can then be seen reading a newspaper with the phrase ‘Ben-xit’ on the front, before shouting various Chilean Spanish phrases.

The advert hilariously ends with Brereton arriving at a press conference table with a can of Pepsi – presumably a take on Cristiano Ronaldo’s ‘Coca-Cola’ gate from the Euros.

Instead of pushing the can away, though, Brereton picks it up and delivers “Why not?” as the closing line.

It’s been some story for the man born in Stoke-on-Trent.

Nate Diaz fires back at McGregor over ‘steroid’ complaints

How the fighting world is predicting Jake Paul vs Ben Askren

Suarez produced another moment of sh**housery against Chile

Joey Barton is returning to management

Nate Diaz fires back at McGregor over ‘steroid’ complaints

How the fighting world is predicting Jake Paul vs Ben Askren

Suarez produced another moment of sh**housery against Chile

Joey Barton is returning to management