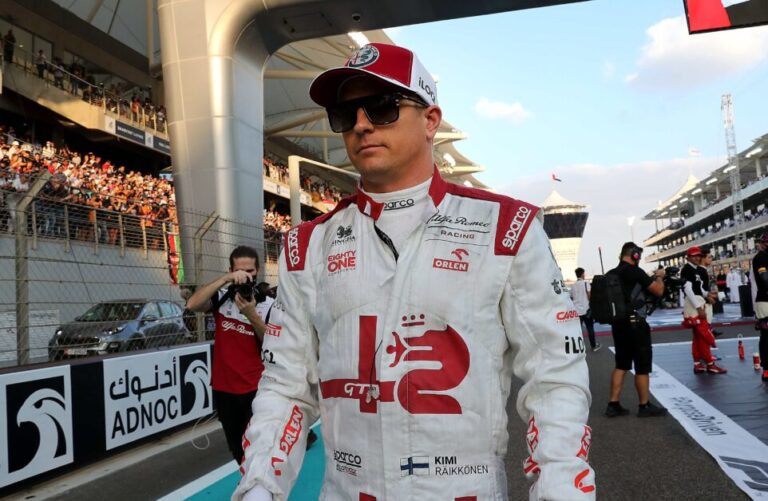 Kimi Raikkonen has now officially retired from Formula 1 after the conclusion of the 2021 season.

‘The Iceman’ has had an incredible journey through the sport, starting when he made his debut with Sauber back in 2001.

Raikkonen was relatively raw at the time in terms of racecraft, but certainly made up for that with pure speed.

After one season with the Swiss-based outfit, McLaren signed him. The driver he was replacing, Mika Hakkinen, had won two of the last four world championships.

Raikkonen finished second in the points standings in 2003 behind Michael Schumacher, but his best season arguably came two years later. Raikkonen drove a competitive McLaren to its limits, regularly dominating races. But the car encountered reliability issues, and the Finn was forced to retire from the lead of the race on two occasions. He eventually finished 21 points behind the equally impressive champion Fernando Alonso.

Raikkonen would eventually secure his maiden world title two years later, having left McLaren to join Ferrari. He won the season-ending Brazilian Grand Prix and finished one point ahead of Lewis Hamilton.

After two years out of the sport, a spell at Lotus and second stints at Ferrari and the newly-named Alfa Romeo Sauber, ‘The Iceman’ has now hung up his gloves.

When did Raikkonen announce his retirement?

Kimi Raikkonen announced his retirement from Formula 1 in September via Instagram.

Typically a man of few words, the 41-year-old nonetheless opened up to his 2.7 million followers and thanked all those that followed him in his journey.

He wrote: “This will be my last season in Formula 1. This is a decision I did during last winter.

“It was not an easy decision but after this season it is time for new things. Even though the season is still on, I want to thank my family, all my teams, everyone involved in my racing career and especially all of you great fans that have been rooting for me all this time.

“Formula 1 might come to an end for me but there is a lot more in life that I want to experience and enjoy. See you around after all of this!”

How Raikkonen predicted his retirement

Despite only officially confirming news of his retirement in September, Raikkonen actually ‘predicted’ the news all the way back in March.

Before the season got underway, Formula 1 drivers participated in a special video for the sport’s official YouTube channel.

They were asked to write down several predictions for the year ahead – one surprising thing, one random thing and what their best race would be. Those predictions would be sealed in an envelope and only opened again after the final Grand Prix in Abu Dhabi. They have now been revisited in a new video.

The beginning of the video sees the interviewer ask Raikkonen whether he remembers predicting anything, to which he bluntly replies, “No.”

The most surprising thing that will happen? “Nothing.”

And with that, he bids farewell to the interviewer and walks away. A classic end to what has been an incredible career.