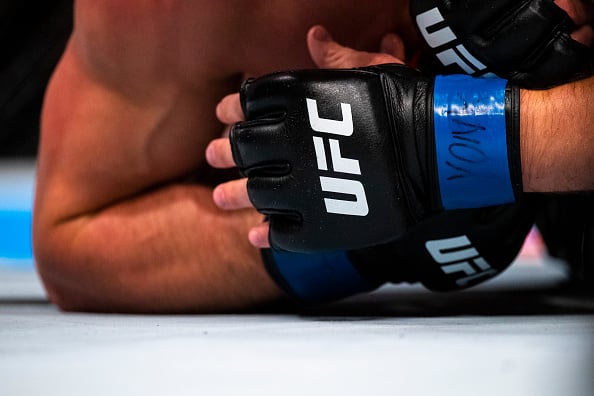 It has been another year of world class action inside the Octagon in the UFC. The organisation lead the way in getting live sport up and running again, delivering high quality entertainment throughout the year.

With 41 live UFC events this year fans have been spoilt with many brilliant fights and action-packed evenings.

Poirier vs Hooker was a great watch as two of the top lightweight contenders went head-to-head. Ranked at number 4 and 5 in the division respectively, it was an important fight for both fighters because a win could elevate them to a title shot.

Dustin Poirier needed to bounce back after falling short against Khabib Nurmagomedov in bid for the UFC lightweight championship. Hooker had been in impressive form winning 7 of his last 8 fights. The New Zealander had his eyes on all the top contenders.

Dan Hooker put the pressure on Poirier in the first two rounds using his long rangy build to his advantage landing hard leg kicks and slick punches to the body. Hooker looked to have damaged the American as he landed a big knee at the end of round two.

After picking up a two round lead it looked as if Hooker was going to add another good name to his resume. However, Poirier came back and started to take over the fight. Poirier started to land big combinations and dominated the fight on the ground cutting his opponent with a razor elbow.

In rounds four and five it seemed that Hooker may have overexerted himself early on as suddenly Poirier looked the stronger man and started to pick off his tired looking opponent.

Poirier had come back from a two round deficit to win a unanimous decision against Hooker.

The fight broke the record for the most strikes landed were the most in a lightweight fight in UFC history.

The win kept Poirier right at the top of the division and his next fight will him go up against ‘the notorious’ Conor McGregor, who makes his return to the UFC.

News that Khabib vs Ferguson had to be cancelled for a fifth time in four years was disappointing for UFC fans.

As COVID-19 travel restrictions cancelled the fight, Tony Ferguson decided he would not wait around for the mega fight. Instead, Ferguson faced ‘the human highlight reel’ Justin Gaethje.

The fight looked like a mouth-watering match up on paper and it fully delivered.

Tony Ferguson applied his relentless pressure throughout the fight and Justin Gaethje put everything he had into every shot he threw.

The pair traded shots all night, with Ferguson dropping Gaethje in the second round with a fantastic uppercut. However, as the fight went on Ferguson’s aggressive style worked against him. Tony had just taken too many powerful shots from Gaethje.

The fight was stopped with a minute and a half left as Herb Dean decided that Ferguson had taken too much punishment.

It was heart-breaking for Ferguson as this meant that he would not get the Khabib fight next and many will dream of what could have been if he got a shot at the P4P number 1.

Described by Dana White as one of the best fights he has ever seen. Weili Zhang and Joanna Jędrzejczyk served up an absolute classic on the co-main of UFC 248.

The talent and pure grit of both women made it so hard to call one of them the loser of the bout.

In the build up Jedrzejcyk aimed to rattle the champion by making a controversial joke about COVID 19 and the Chinese fighter. Jedrzejcyk continue to use her trash talking skills throughout the build up to the fight until Weili Zhang snapped telling the Polish fighter to ‘Shut up!’.

The fight was nonstop violence for 25 minutes, with no pause in the action. Both women showed off every weapon in their arsenal as they hurt each other in a back-and-forth war.

As the final bell sounded all in attendance rose to their feet after witnessing an MMA classic.

The pair stood toe to toe and let everything go and this was evident at the final bell. With Zhang bloodied and bruised but. it was Jędrzejczyk who looked worse off as she suffered one of the worst swollen heads ever seen after a UFC bout.

The fight will go down in the UFC as one of the greatest of all time.