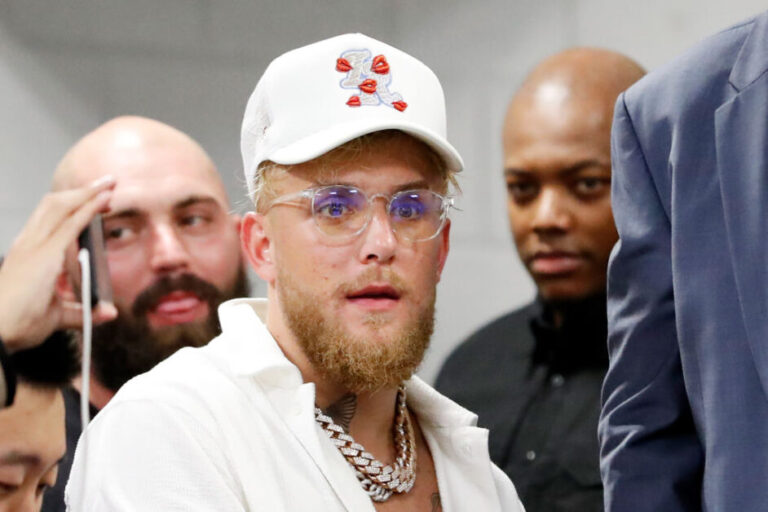 Jake Paul has created a massive platform for himself, and he has taken his trash-talking to a new level in an interview with Mike Tyson.

The boxing legend posted a video on his Instagram story, in which the controversial YouTuber claims that a fight with Conor McGregor will definitely happen.

‘Iron Mike’ must have a degree of respect for the Irish UFC fighter. After all, they both utilised their fearsome personalities to become pop-cultural icons on different scales.

Read: Jake Paul reveals the names he would fight before Tommy Fury

Jake Paul is desperate to fight McGregor in the future. ‘The Problem Child’ has publically vocalised his desperation for the fight on more than one occasion. Most famously, he released a very explicit video following his victory over Nate Robinson in which he slammed the Dubliner and his girlfriend.

He once again called out McGregor, as well as other UFC stars such as Jorge Masvidal and Nate Diaz, after knocking out Tyron Woodley in December.

“He’s already ducking me. I’m going to beat McGregor. Just exactly like you said, five fights from now, what’s up?”

Could Mike Tyson have helped Jake Paul make the bout a reality?

The short answer is probably not. Even though the ex-Disney presenter is perhaps the most lucrative fight available for McGregor right now, the MMA star has shown no interest in the bout.

He seems far more set on continuing to pursue greatness inside the Octagon. On November 13, during the main event of UFC Fight Night in Las Vegas between Max Holloway and Yair Rodriguez, the 33-year-old posted a video of himself pacing back and forth in front of his TV. This is the reason most fans believe that this fight could be next.

Furthermore, Michael Chandler has also thrown his hat into the ring.

Outside of one interview with News.com.au, where he referred to Paul as a “dingbat“, McGregor has given the 24-year-old near radio silence.

But if he ever had a change of heart, would he be able to beat the American in the boxing ring?

‘The Notorious’ vs ‘The Problem Child’

It goes without saying that McGregor has far more combat sports experience. He is well known for his performances inside the cage. But some people are perhaps unaware of his high-level boxing pedigree.

He was an Irish national champion and seemed destined to pick up titles in the squared circle until he was introduced to MMA.

McGregor eventually returned to the ‘sweet science’ to take on Floyd Mayweather in 2017. He went ten rounds with the best-paid athlete in sporting history. Therefore, fans could be forgiven for thinking a fight with Paul would be a foregone conclusion.

But it isn’t. The YouTuber is currently competing in the cruiserweight division, whereas his desired opponent has fought Mayweather at super welterweight. In addition, the social media icon is focusing on the art of boxing every day, whilst McGregor naturally puts his time into MMA.

However, ‘The Notorious’ is still more than capable of outboxing the 24-year-old. He punches like a freight train and would more than likely bamboozle the YouTuber at the press conferences. In saying that, in his last outing, it was evident that the Cleveland native has the power to knock anybody out. And the Irishman wouldn’t want to end up like Tyron Woodley.

Jake Paul would take the fight tomorrow, and combat sports enthusiasts worldwide, including Mike Tyson, are desperate to see it take place. That leaves the ball entirely inside McGregor’s court. It’s up to him whether he wants to fight.