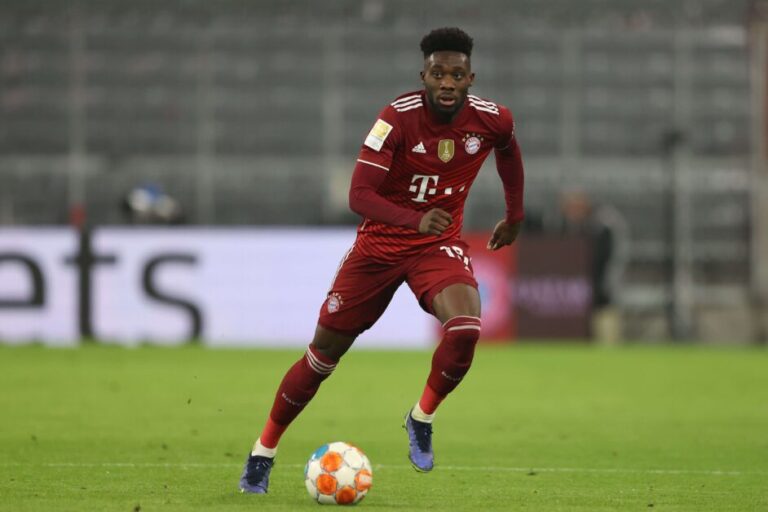 Bayern Munich have confirmed that defender Alphonso Davies will be taking a break from football due to a heart problem.

The Canadian full-back is showing signs of what manager Julian Nagelsmann has said is “mild myocarditis”.

On when the 21-year-old could return, Nagelsmann has stated that he would be out for “the next weeks”.

Let’s take a look at the heart problem that Davies is showing signs of:

What is mild myocarditis?

Myocarditis is an inflammation of the heart muscle. It is usually caused by infection from a virus.

According to the NHS website, symptoms of myocarditis include chest pain, fatigue, shortness of breath and rapid or irregular heartbeats.

Alphonso Davies tested positive for Covid-19 at the beginning of January. He missed his side’s 2-1 defeat to Borussia Moenchengladbach on January 7 as a result.

Bayern boss Nagelsmann confirmed that the club found that Davies had signs of a mild form of the condition during a routine check. The check has been undertaken with every player who has had Covid-19.

The NHS website states that people who have mild myocarditis may only need rest and medication as treatment.

The Bayern boss explained: “During our follow-up examination that we do with every player that has Covid-19, we detected signs of mild myocarditis, i.e., an inflammation of the heart muscle.

“He has stopped training for now, so he won’t be available to us for the next weeks.

“This myocarditis isn’t too dramatic based on the ultrasound, but more simply signs of an inflammation. Nevertheless, it needs to heal, and that will no doubt take time.”

Bayern were left with barely enough senior players to field a team for their game versus Moenchengladbach on January 7. In addition, their bench was made up almost entirely of youth players. At left-back, Marcel Sabitzer filled in for Davies. Meanwhile, 19-year-old Malik Tillman made his first league start.

They went on to lose 2-1. Robert Lewandowski opened the scoring for Bayern. However, they were behind going into half-time. Florian Neuhaus and Stefan Lainer struck for the visitors. Furthermore, it was just their second away win of the season in the league.

There was at least some uplifting news. Joshua Kimmich was able to make his long-awaited return to action for the clash. The German tested positive for Covid-19 in November.

However, he was diagnosed with a “slight infiltration” in his lungs following the infection. Kimmich then announced that he would be ruled out for the remainder of 2021. He missed a total of eight games for Bayern. During that time, the side won all bar one of those matches in all.

Bayern’s next fixture, meanwhile, is on January 15. It is unclear whether any of the players who tested positive for Covid-19 will be able to return. Nagelsmann’s side face a trip to FC Koln. The German giants are currently top of the Bundesliga. They are seven points clear of Borussia Dortmund, who take on Freiburg.

The hope for everyone is that Alphonso Davies can thoroughly recover from his heart problem and get back on the pitch as soon as it is safe to do so. Football fans will be eagerly awaiting his return to action.