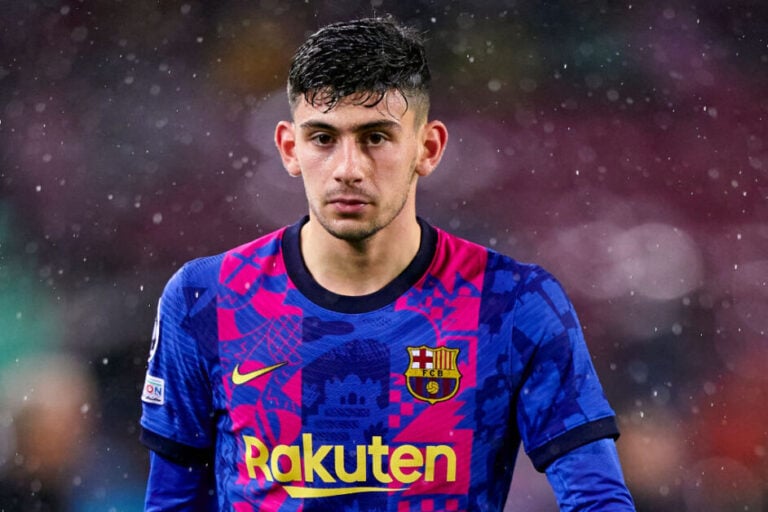 Yusuf Demir is one of the most talented prospects in Europe, but his run at Barcelona has still come to a close.

The Spanish club’s financial issues are well known. Barca have to operate within the grounds of a €97 million spending cap imposed on them by La Liga. It is significantly lower than some of their main rivals, such as Real Madrid.

This has caused a massive impact at the Nou Camp. They even had to let Lionel Messi go because of it.

Since then, luckily for the five-time Champions League winners, club president Joan Laporta managed to secure a €525million Goldman Sachs loan last summer. This was hugely beneficial in his pursuit of signing new players. Without it, they wouldn’t have been able to bag Ferran Torres.

Read: How a 2013 transfer delayed Barcelona’s move for Ferran Torres

Whilst securing the signature of the supremely-gifted Spaniard is a big step forward for the struggling former greats, the low salary cap means there is still another hurdle to overcome for any new signing. Barca have to sell players to register the transfers they’re bringing in, or renew current contracts on lower wages.

The club has done this with defender Samuel Umtiti, whilst they are still negotiating with Ousmane Dembele over a new deal.

But they have also found a way to use a particular clause involved in Yusuf Demir’s contract to help ease their problems.

Yusuf Demir is heading back to Vienna

Barcelona expected big things from Yusuf Demir when they signed him on loan in the summer. But they didn’t get what they bargained for. The Australian didn’t quite meet those expectations during his stint in La Liga. Having failed to bag a single goal in his nine appearances, it’s clear that the 18-year-old needs more time to develop before he’s ready to play at the highest level.

According to the Daily Mail, had the club waited to see if he could have improved, they would have had to pay the winger’s €8.3 million release clause. They terminated the deal with just one game left before the mandatory purchase option kicked in.

Xavi didn’t see Yusuf Demir as part of his Barcelona side going forward. However, the cash that they saved went towards registering Torres. So from a fan perspective, although the financial issues have played a part in a future star not reaching his potential at the Spanish giants, this is at least a great short-term solution.