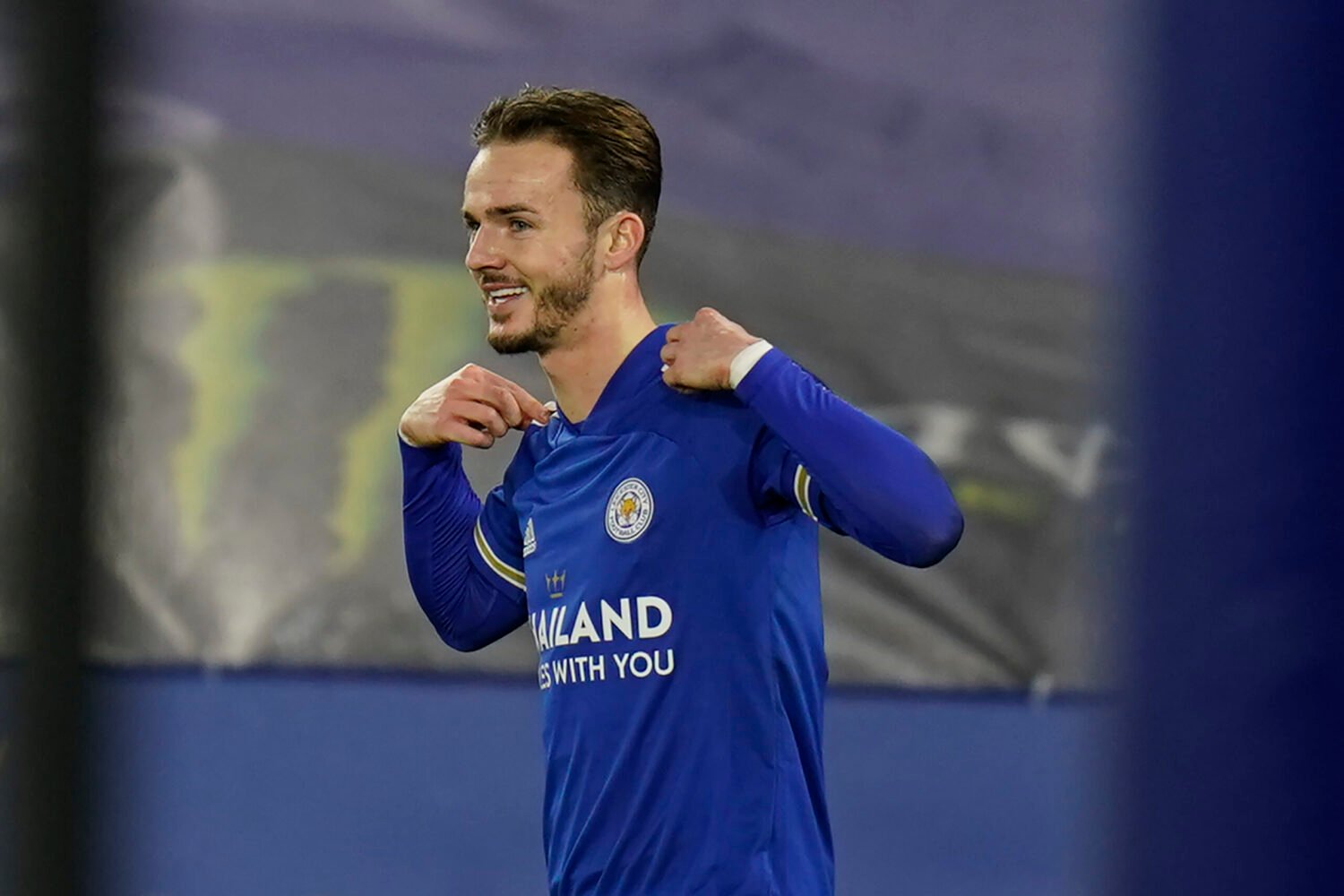 James Maddison put on another sublime performance as Leicester comfortably dispatched an increasingly struggling Chelsea side on Tuesday night.

On top of that, the midfielder was on great form in his post-game interview with Sky Sports’ Geoff Shreeves, giving a refreshingly honest and insightful overview of the game and Leicester moving to the top of the table.

As well as heaping praise on his teammates and manager, Maddison gave us a glimpse of the work that goes on behind the scenes. He pointed out that Leicester had worked on the short corner routine that led to Wilfred Ndidi’s opener as they knew Chelsea had a tendency to switch off.

He was quick to add that the sliced shot from Harvey Barne’s wasn’t part of the plan though.

Maddison also addressed his own form, touching on criticism from Jamie Carragher earlier in the season, in which he insisted the Leicester man needed to get his numbers up in terms of goals and assists.

“Me, the gaffer, Jack the analyst sat down, Jack will be buzzing that I’ve name-dropped him, looked at where I can get more goals. Playing a bit deeper, I was a number eight today, little things like breaking into the box, breaking beyond that last line, almost smelling where the ball’s going to drop.” He explained.

? "We looked at Chelsea and we knew they switch off sometimes from set pieces."
? "@Carra23 said he needs to get his numbers up if he wants to be a top player."

James Maddison speaks to Sky Sports about Leicester's win that sends them top of the Premier League. pic.twitter.com/yYjV31xHX5

His comments earned huge praise from all corners of social media, praising him for showing personality and deviating from the usual script of these interviews.

This is comprehensively superb from James Maddison. Full of personality, offers so much insightful detail and honesty. More please. Much, much more.pic.twitter.com/wl7rb0SC7u

Everyone was right to be raving about the James Maddison post-match interview last night, really great stuff and some actual insights into how Leicester operate and prepare for games. pic.twitter.com/CV8zSdEStU

While Leicester’s stay at the top of the league may prove to be fleeting (or may not, who knows?) it’s testament to the incredible job Brendan Rodgers has done there. Given the unpredictable nature of this season, who’s to say Leicester couldn’t do the unthinkable again, this is certainly a better team than the one that won the league in 15/16.

Maddison and co will turn their attention to the FA Cup this weekend where they’ll take on Brentford, before facing Everton in the league on Wednesday night.