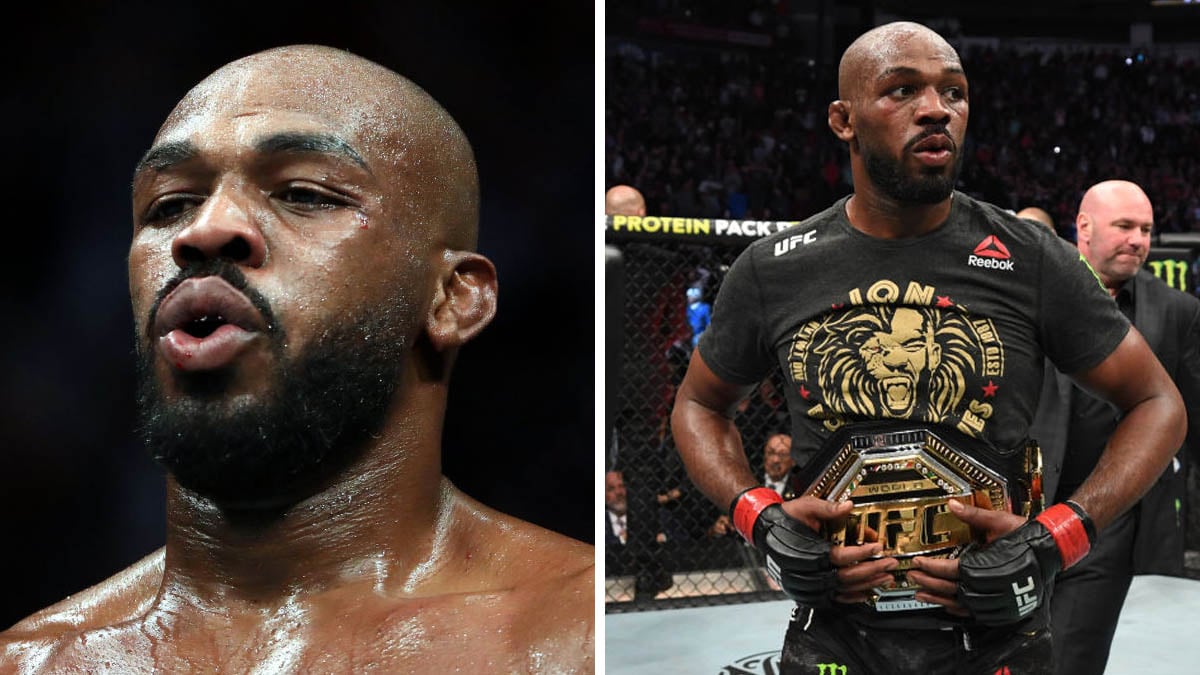 Jon Jones has finally been knocked off the top spot in ESPN’s pound-for-pound UFC rankings.

Until now the number one spot has been shared between Jones and the lightweight champion, Khabib Nurmagomedov.

However following two close-call wins on the bounce, the latest coming in a controversial victory over Dominick Reyes in February, Jones has dropped to second spot in the list, leaving the Dagestani fighter the sole leader of the pack.

Khabib will have the chance to justify his leading spot, when he faces Tony Ferguson, a fight pencilled in for April 18, which if it does go ahead on that date, will be behind closed doors.

Nurmagomedov recently opened up on who he considers to be the greatest fighters to grace the sport, including Jones in his list.

Khabib offered a humble response, refusing to concrete his name in the conversation.

“Talk about like ‘oh I am the greatest of all time?’ I don’t know. We have Jon Jones, Fedor [Emelianenko].

“We have Demetrious Johnson, we have Henry Cejudo, we have DC [Daniel Cormier], Anderson Silva and a lot of guys.

“One of the best, maybe, but I don’t want to be talking about ‘I am the greatest of all time.’ Honestly, like one of the best.”

Nurmagomedov was also full of praise for his next opponent Tony Ferguson, who he labelled as the real deal.

“He is the real deal, that’s why I like this fight because he real challenge, a real opponent. A lot of people talk about how he can beat me. This is how you become the greatest fighter.”

Despite the coronavirus taking its toll on the sport, UFC president Dana White has insisted the much-anticipated matchup would not be cancelled, even it means the event not taking place in the United States.