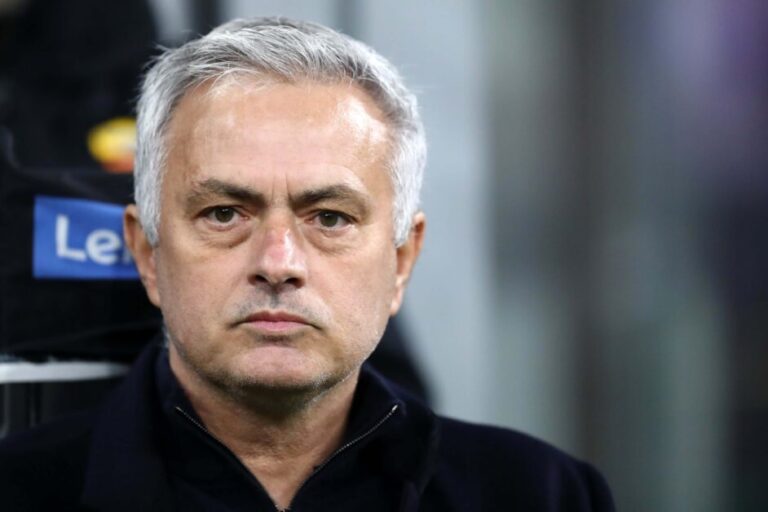 Jose Mourinho is never shy of expressing his opinion, whether it is to referees or even his own players.

‘The Special One’ returned to Inter Milan on February 8 to a wonderful reception. Despite now managing their rivals, Roma, the club still adores their Champions League-winning former coach.

Mourinho left the San Siro 12 years ago, but that didn’t stop their supporters from serenading their hero with a rendition of ‘I Can’t Keep My Eyes Off You’. The Portuguese boss was visibly emotional afterwards.

But that didn’t mean that they were willing to take it easy on him on the pitch.

The San Siro side dismantled Roma in a comprehensive 2-0 victory. This sent ‘I Giallorossi’ crashing out of the Coppa Italia.

Mourinho’s men were only able to record one shot on target throughout the entire game. Their performance enraged the Portuguese coach, who unleashed his fury after the match.

The 59-year-old is certainly not one for sugar-coating. Following the sub-par performance, he gathered the team into the dressing room for a massive telling-off.

According to Il Corriere dello Sport, he told his players: “I want to know why, playing face to face with Inter, you screwed up in the first ten minutes. Everyone, no one excluded.

“I want to know why, for two years. you have been small against the big ones. If we are small, the referees treat us like small!

“I want to know why you s**t against the big players. You are scared? So go play in [Serie] C. where you will never find the pressures of great football. You are people without balls. The worst thing for a man.”

The damning assessment could have a detrimental effect on his squad’s confidence. But on the other hand, with their poor showings in the league considered, they might need an element of tough love.

Roma are currently in seventh place in the Serie A table, which is lower than they should be aiming for. And in the Europa Conference League, they suffered a shocking 6-1 defeat to Bodo/Glimt.

However, despite this disappointing result, they’re currently on a three-match unbeaten streak in the league, which they will hope to build on going forward.