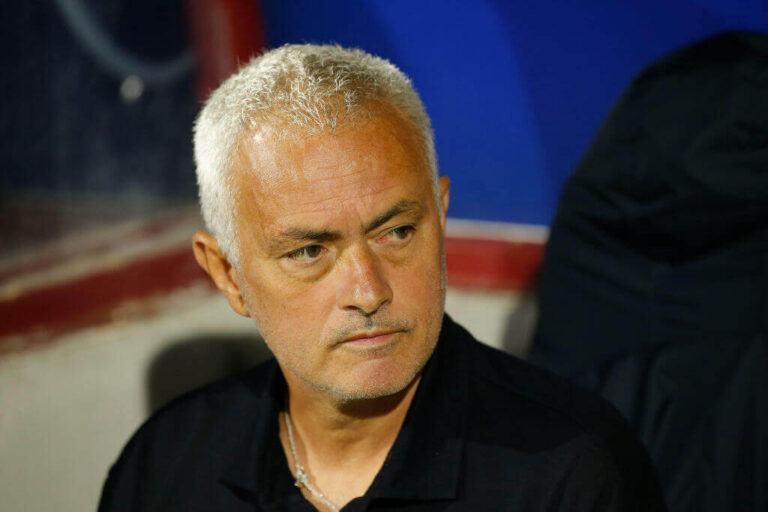 The Dutch international had only joined Roma a few weeks ago, making a loan move from Paris Saint-Germain. He then made his competitive debut in Roma’s season opener, coming on as a substitute in their 1-0 win over Salernitana.

However, Wijnaldum now faces a long spell on the sidelines after fracturing his tibia in training. Football Italia reported that the leg break resulted from a collision between the Dutchman and Afena-Gyan. Unsurprisingly, the 19-year-old forward is distraught.

A club statement (translation via Daily Mail) confirmed the news.

It reads: “Following an injury sustained during training this afternoon, Georginio Wijnaldum subsequently underwent medical tests that confirmed the presence of a fracture to the tibia in his right leg.

“The player will undergo further assessments in the coming days. FORZA GINI!”

On Monday, reports emerged that Wijnaldum will have surgery to fix the broken leg. This will mean that he is unavailable for months, though, plunging his World Cup status into doubt as a result.

The 2022 Qatar World Cup kicks off in three months’ time, with the Netherlands’ first game on November 21. Therefore, the midfielder will struggle to be fit in time for this, and may not even make the squad.

Additionally, from a club standpoint, it is a gut punch for Roma as they only have Wijnaldum temporarily. His absence will be a headache for Jose Mourinho, who hoped the energetic Wijnaldum would boost his midfield options in 2022/23.

Nevertheless, the Roma boss sent a message of support out to his player via social media.

The former Chelsea and Real Madrid manager gave a candid and caring tribute to his injured midfielder.

“Sometimes football can be s**t,” wrote Mourinho on Instagram. “In only two weeks, Gini became one of us because of his human qualities (his football qualities we already knew). Sadly, in a very unfortunate accident, he had a bad injury that will keep him away from playing for a long time.”

Following this heartfelt message, Jose Mourinho turned on those who had blamed a fellow player for the Wijnaldum injury.

“But it’s not just football to be s**t sometimes, people can also be,” he continued. “Those who initiated the rumours that a top kid like Felix [Afena-Gyan] could be responsible for what happened are real scum.

“Let’s all be together tonight: we play for Roma, for Gini Wijnaldum and for Felix Afena-Gyan.”

Roma’s next game is on Monday, where they have their home Serie A opener against Cremonese. Jose Mourinho will hope that his side uses the horrible injury to Wijnaldum as motivation to perform well in honour of their teammate.