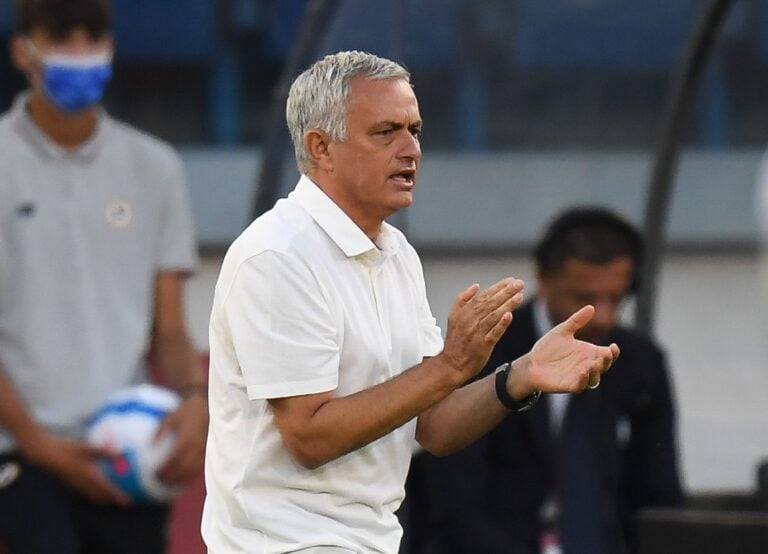 Roma head coach Jose Mourinho set a modern-day record for the most consecutive unbeaten home games in Serie A after his side’s 2-0 win over Empoli on Sunday.

Goals from Lorenzo Pellegrini and captain Henrikh Mkhitaryan secured the points for Roma, who moved up to fourth in the Serie A table with 15 points from seven games.

It was also game number 42 consecutively unbeaten at home for Mourinho as a Serie A manager – a record since the top division changed to three points per win in 1994/95. He surpassed the previous record set by Juventus boss Massimiliano Allegri between 2015 and 2017.

Mourinho first coached in Serie A between 2008 and 2010 with Inter Milan. During that time, his side went a total of 38 consecutive home matches unbeaten in Serie A.

When the record was finally stopped – by Sporting Gijon against Mourinho’s Real Madrid in April 2011 – it stood at 150 league games.

Upon his return to Chelsea in the summer of 2013, the Portuguese extended his unbeaten home record with the Blues to a total of 86 games before they were beaten by Sunderland in April 2014.

Speaking after the 2-0 victory over Empoli, Mourinho told the club’s official website: “I thought we played well tonight. We put in a solid performance.

“I can’t say that it was completely calm, because even at 2-0 you can’t be completely calm, but there was the feeling that we had control against a side that plays good football and that can cause problems, with two full-backs who really push up and a lot of men behind them that mean you have to be very alert defensively.

“We executed pretty well the things we worked on over the few days. I think we deserved to win, and doing so after a defeat is always a good thing.

“We’ve played seven games and we’ve got 15 points in the league, so we are doing fine.”