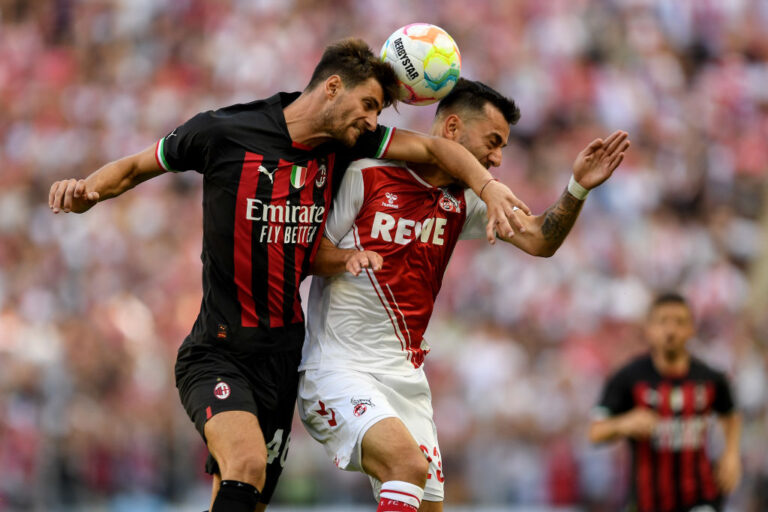 During a friendly against AC Milan, Koln players wore bodycams which captured some magnificent shots of a fantastic match.

On July 16, the Bundesliga club succumbed to the class of the resurgent Italian greats. Despite entering the game with the hope of a confidence-boosting pre-season win, the German side struggled to cope with the early pressure.

In the 16th minute, Milan made the breakthrough. The Serie A champions executed an exquisite counter-attack which left the hosts wanting. They made a move into the box, and following a magical backheel from Ante Rebić, Olivier Giroud left his fans in a state of complete euphoria.

He elegantly chipped the ball over a helpless Marvin Schwäbe before hammering it home to complete a sensational brace. But his time in the sun wasn’t over yet. In the 36th minute, Brahim Diaz located the Frenchman again. This time, from way outside the box, the 35-year-old curled it into the top left-hand corner to send the Milan supporters into hysterics, and the home fans into begrudging applause.

However, Koln didn’t give up, and they eventually pulled one back. Although it came too late to make a difference, a rebound off the post allowed Florian Dietz to strike the ball past Ciprian Tătăruşanu and restore his side’s honour in the process.

The game ultimately finished 2-1, which obviously wasn’t the result the German club wanted. But at least they captured some epic shots of the match.

Koln’s media team crafted an excellent idea ahead of this fixture. The home players strapped action cams around their bodies to give fans an immersive match experience.

The aim is to give the viewer a deep dive into the sports they adore the most. It captures angles and images in a way the average iPhone or camera simply couldn’t do.

The point of view perspective gives supporters an opportunity to witness exactly what the players are seeing. Ahead of the game, they can get a feel for the pre-match nerves as the teams trade handshakes with one another.

However, sadly for the Koln faithful, they also got to see what it was like for the defence to witness Giroud skip past them and put the ball in the back of the net.

But the bodycams produced some incredible footage, with the highlights showing an amazing angle of Giroud’s unbelievable chip.