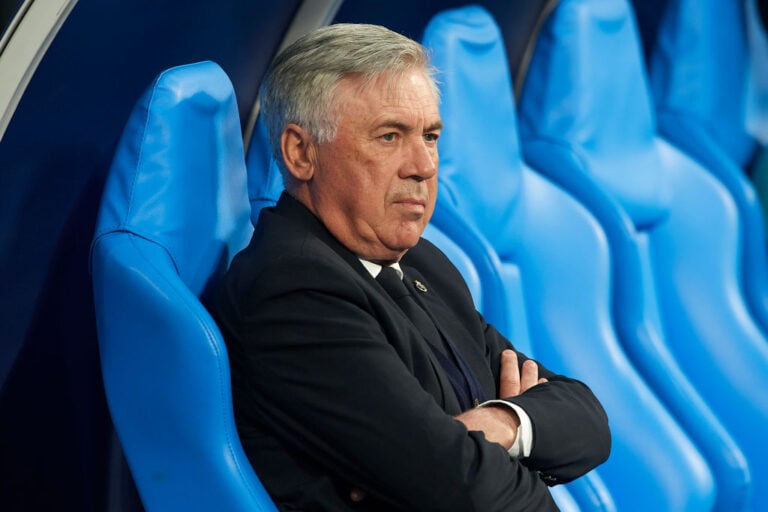 Real Madrid could allow a further eight of their players to depart on transfer deals this summer following their Champions League triumph in May, according to reports.

Carlo Ancelotti‘s side defeated Liverpool 1-0 in Paris to lift their 14th European Cup.

With that being the last game of the 2021/22 season, it was also the final game representing Real Madrid for several long-serving players. Gareth Bale, Isco and Marcelo all departed the club at the end of their contracts in June.

The Spanish giants have been relatively active when it comes to incomings. Defender Antonio Rudiger has joined from Chelsea on a free transfer. Ancelotti’s side, meanwhile, spent big money to sign midfielder Aurelien Tchouameni from Monaco.

With those additions, however, will inevitably come departures. Ancelotti and Real Madrid have been ruthless this summer, and will reportedly listen to transfer offers for a total of eight players.

Real Madrid have struggled to find space in their squad for several players in recent seasons, meaning that the loan market is necessary to offload them.

Both Kubo and Reinier are under the age of 22, meaning they still have plenty of time to reach their full potentials. Reinier has spent the last two seasons on loan at Borussia Dortmund.

Defender Jesus Vallejo and forward Mariano are also potentially on the way out of the Spanish capital, as well as former Arsenal loanee Dani Ceballos.

However, the most high-profile name on the ‘discard’ list is Marco Asensio. The winger was rated as one of the world’s top prospects when he joined Real as an 18-year-old in 2014. After spending the 2015/16 season on loan at Espanyol, Asensio returned to play a regular role in his parent club’s side.

However, in recent seasons, the Spanish international has been hit by injury. He missed 39 games in the 2019/20 season due to a cruciate ligament injury, and had four separate minor knocks in 2021/22.

Despite this, the most recent campaign was his most successful in a Real shirt in terms of goal output. Asensio struck a total of 10 goals in 31 La Liga appearances. That included his first senior hat-trick against Mallorca in September.

However, his contract expires next summer. Marca report that, like Ceballos, Real are not expected to offer him an extension to that deal. Still only 26, Asensio will surely be a highly-sought after commodity amongst the top clubs in Europe.