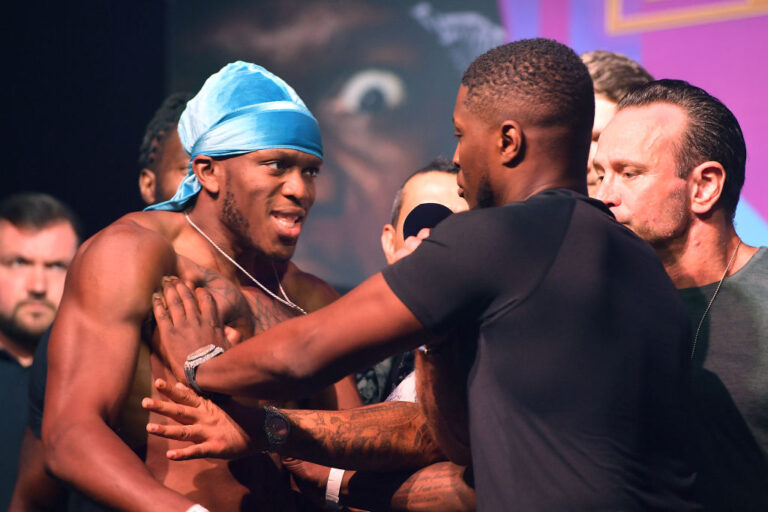 Tonight, KSI finally steps back into the boxing ring against rapper Swarmz, and pro-boxer Luis Alcaraz Pineda, but what are the rules to these peculiar contests?

It’s nearly three years since the popular YouTuber claimed the scalp of Logan Paul. But with the American’s younger brother, Jake Paul, rising to the top of the internet boxing hierarchy, the Brit has made it his mission to knock his rival off his perch.

However, to catch up with the most polarising man in the sport, KSI will have to put the work in.

Initially, the former FIFA gamer was scheduled to collide with Alex Wassabi, a man who defeated his younger brother, Deji, earlier this year.

But due to a concussion, the American had to pull out of the bout. However, in an effort to not let the fans down, KSI decided to embody his inner George Foreman by dancing with more than one opponent in a single evening. But how will these boxing matches work?

The rules for KSI vs Swarmz and Pineda

The social media icon will step in the ring for the first time at 7pm tonight against a man who used to be his friend. Despite only participating in a three-week training camp, Swarmz genuinely believes that he’s going to cause the upset.

The pair will meet over three, three-minute rounds, and should KSI emerge victorious, he will then move on to his next opponent. However, before the contest, the 29-year-old will take a much-needed rest.

In the meantime, fans can watch a stacked undercard featuring Deji vs Fousey and Faze Sensei vs King Kenny while they wait for their hero to return to the squared circle.

At 10 PM, the trailblazer will set foot in the ring with a professional boxer, a feat Paul has yet to accomplish. While Pineda only has a 2-5 record and typically operates in a smaller weight class, he’ll still offer the musician his sternest test to date.

Like his first outing, the fight will take place over three, three-minute rounds. And should KSI win, he will turn his attention to a plethora of new opponents. This week alone, the boxer has called out Tommy Fury, started a war of words with the world’s most controversial kickboxer, Andrew Tate, and without surprise, continued to fire shots at Paul.