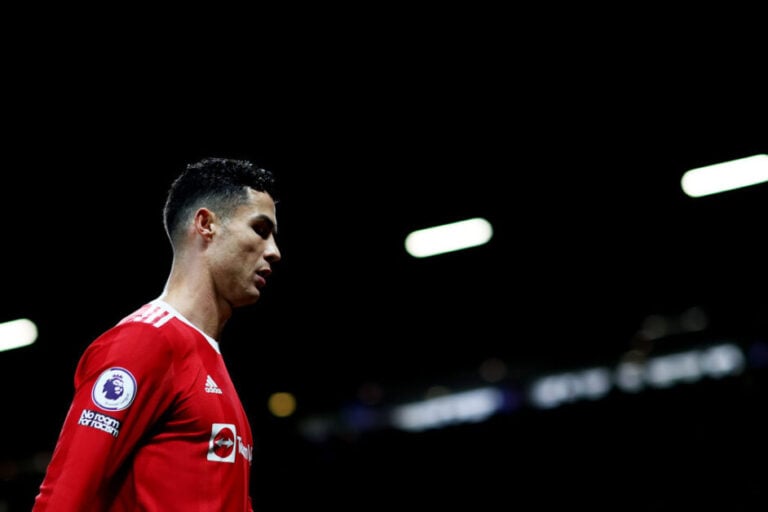 Man United fans are raging after yet another poor performance from their team. Their 1-0 home loss against Wolves is the latest fiasco in what has been a nightmare season.

At this point, it’s no surprise that Manchester United are dropping points against a solid team like Wolves. With no identifiable style with the ball and an appalling flakiness without it, the Red Devils have been poor for months.

In late November, United sacked Ole Gunnar Solskjaer in hopes that they could change the course of the season. His replacement Ralf Rangnick had two clear objectives: make this team fight for titles and give it an identity.

Neither of those things looks possible yet.

More than one month later, United are long out of the title race. They currently stand seventh on the league table, 22 points behind leaders Manchester City.

The only constant in this United season is the team’s lack of identity.

One month in, Rangnick hasn’t managed to give the squad an identifiable style yet. The godfather of gegenpressing has looked visibly frustrated on the sidelines, as opponents have been able to beat United’s pressing with a few simple passes.

The German manager has tried out different starting elevens so far, but none has worked. Rangnick shook things up by giving Edinson Cavani a vote of confidence, but the striker looks out of position behind Cristiano Ronaldo.

United’s game against Wolverhampton was a perfect example of Rangnick’s failure to implement his style. It was a dominating display from Wolves, particularly in the first half.

United were lucky to make it to half-time alive. Only poor finishing and De Gea’s umpteenth excellent performance of the season stopped Wolverhampton from getting an early lead.

In the end, it was Moutinho who would decide the game with a strike from just outside the box.

Man United players are struggling to shake off the look of defeat from their eyes. Fans and pundits alike have blasted the team for their depressing demeanour.

Only last week, Gary Neville went on a five-minute rant against stars Cristiano Ronaldo and Bruno Fernandes for their visibly negative body language. Rangnick, who seemed to agree with Neville, reportedly told the players that they need to look more like a team.

But this brutal pre-match picture before the loss to Wolves has Man United fans wondering if the players took on Rangnick’s message at all.

Even before kick-off, United players have the body language of a team that has just lost a Champions League final. Luke Shaw and David De Gea are completely crestfallen, while Aaron Wan-Bissaka and Cristiano Ronaldo share a wistful stare into the void.

And then there’s Mason Greenwood, who looks like he’d spent the last 24 hours listening to Adele’s latest album.

Only Phil Jones looks relatively happy to be there. The defender’s first performance after a two-year absence was one of the few positives of the game.

It’s only natural for fans in the r/RedDevils subreddit to be livid. “They look like players who’ve lost a match 6-0 and the match wasn’t even started yet?!”, one user fumed.

Another fan reiterated Rangnick’s comments about the team’s body language: “Not just basing it off this image, but our players’ body language is not positive.”

United’s interim manager has less than a week to fix things. On January 10, The Red Devils are facing Aston Villa in a FA Cup third-round fixture.

Stages of grief: what United fans will do if Ronaldo joins Man City