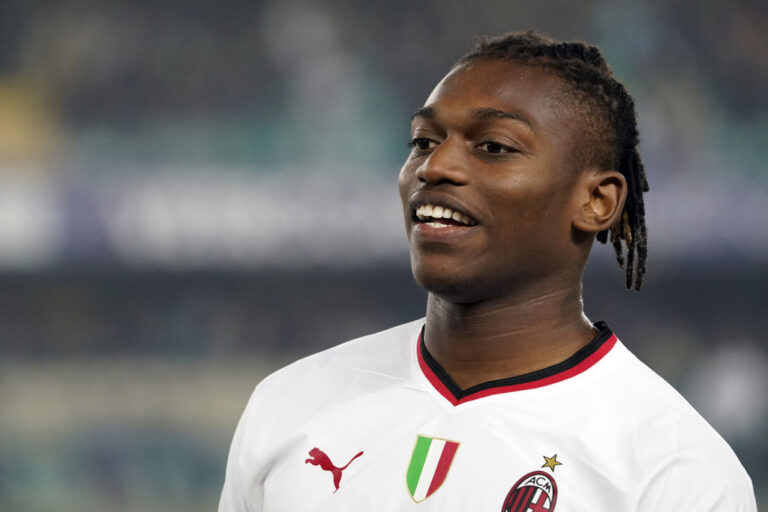 Manchester United boss, Erik ten Hag, has set his sights on Rafael Leao. But according to reports, acquiring the 23-year-old’s signature could prove problematic.

With the capability to play on either flank, the youngster has left Serie A defences quaking in their boots with his dynamic skills and versatility. Standing at a broad 6 ft 2, he utilises his tremendous power to bully his way past his opposition’s line, while all the while possessing unique agility for a man of his height. Without doubt, he’s proven himself as one of the best dribblers on the planet, blasting his way down the wing and providing assists for his teammates.

Consequently, ‘The Red Devils’ boss views him as a perfect fit for his starting 11. However, a release clause in the player’s contract could result in United having to break out the big bucks.

As per The Sun, the Premier League giants sent scouts to Italy earlier this month, amid rumblings that Manchester City and Chelsea could also make a bid.

United hope to agree a £60 million deal. However, in order to sign the winger, the club would have to match his £130 million release clause. But after playing a significant role in Milan’s historic Serie A victory last year, the Italian side doesn’t want to let him go.

According to Dean Jones, the club is currently holding fresh talks with Leao, in the hopes of agreeing a long-term deal.

The esteemed journalist told GIVEMESPORT: “He is in negotiations today about a new contract.

“There is a clause in his current contract for about €150million. So, unless that is removed, Milan will point to that as a transfer fee that you’ll have to pay to get him.”

Chelsea closing in on signing Neymar