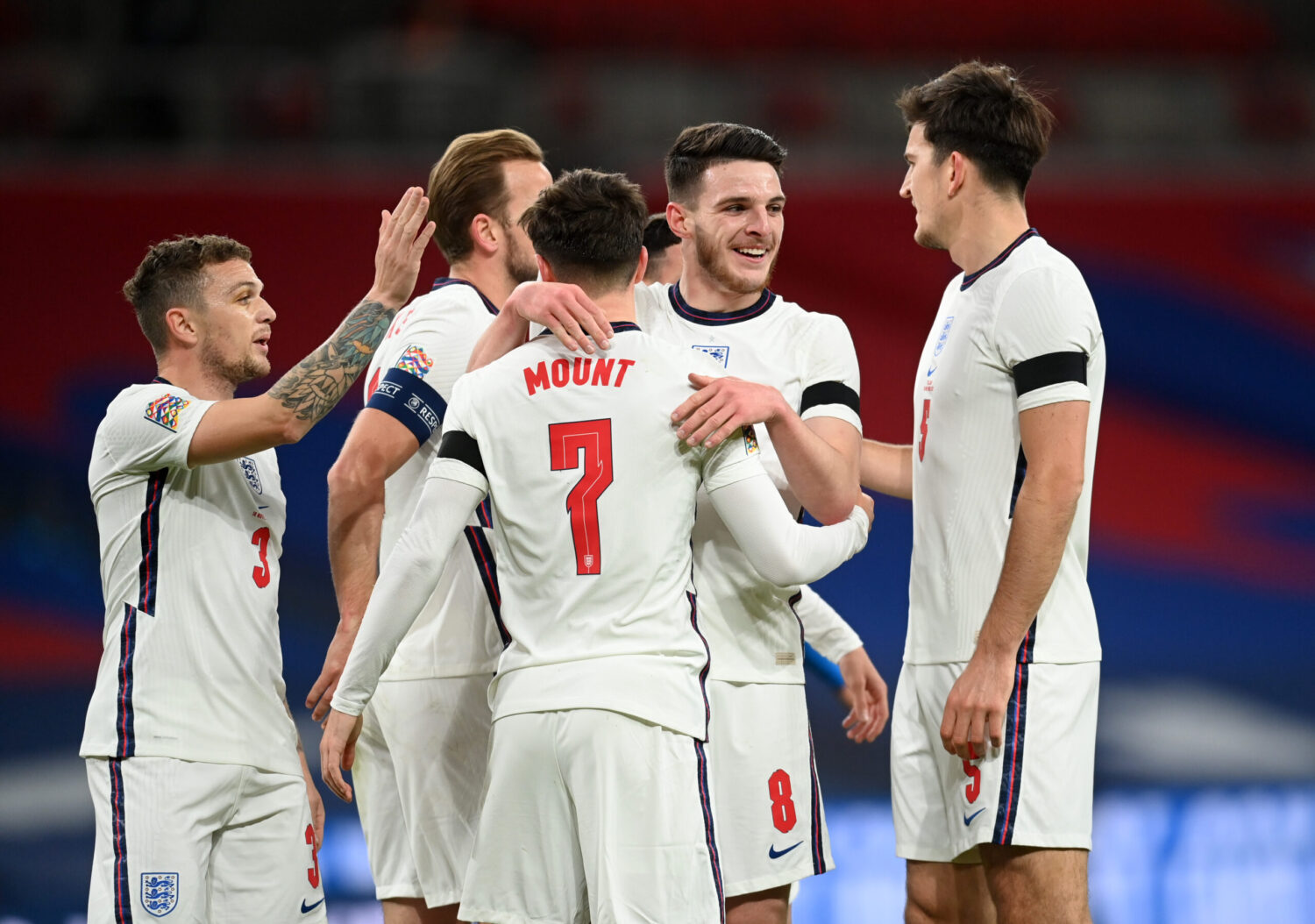 The majority of people will likely tell you representing your country is the pinnacle of any footballing career, doing it alongside your best mate though must be absolutely next level.

That was the situation for Declan Rice and Mason Mount, who after being friends since the age of eight, partnered up in central midfield for England last night.

It was a comfortable evening for Gareth Southgate’s side, cruising to a 4-0 win against Iceland at Wembley, a result that gifted us a wonderfully wholesome post-game interview from Rice and Mount.

It couldn’t have gone much better for the pair, both getting on the scoresheet, in what was an obviously special evening.

“When we knew we were playing in midfield together that in itself was a special moment and to score in the same game as well was incredible,” Rice told Sky Sports.

Mount went on to add that under normal circumstances, both players’ families would have been watching the game together.

“They would have been here together if fans were allowed, they were here when I made my debut and Dec was already playing,” he said.

?❤️ | From being best friends at eight-years-old to starting together for England and getting on the scoresheet!

This post-match interview from Mason Mount and Declan Rice is some really wholesome content…??? pic.twitter.com/ZmrcZVjlH3

“[They’re] special memories that we’re making together and we’ve been best mates together from a very young age – now we’re making more memories so it’s great.”

This is what dreams are about??? pic.twitter.com/3Jby4KxaAN

Despite the obvious joy, the two will have to put friendships aside next month, with Chelsea set to face West Ham on December 19.