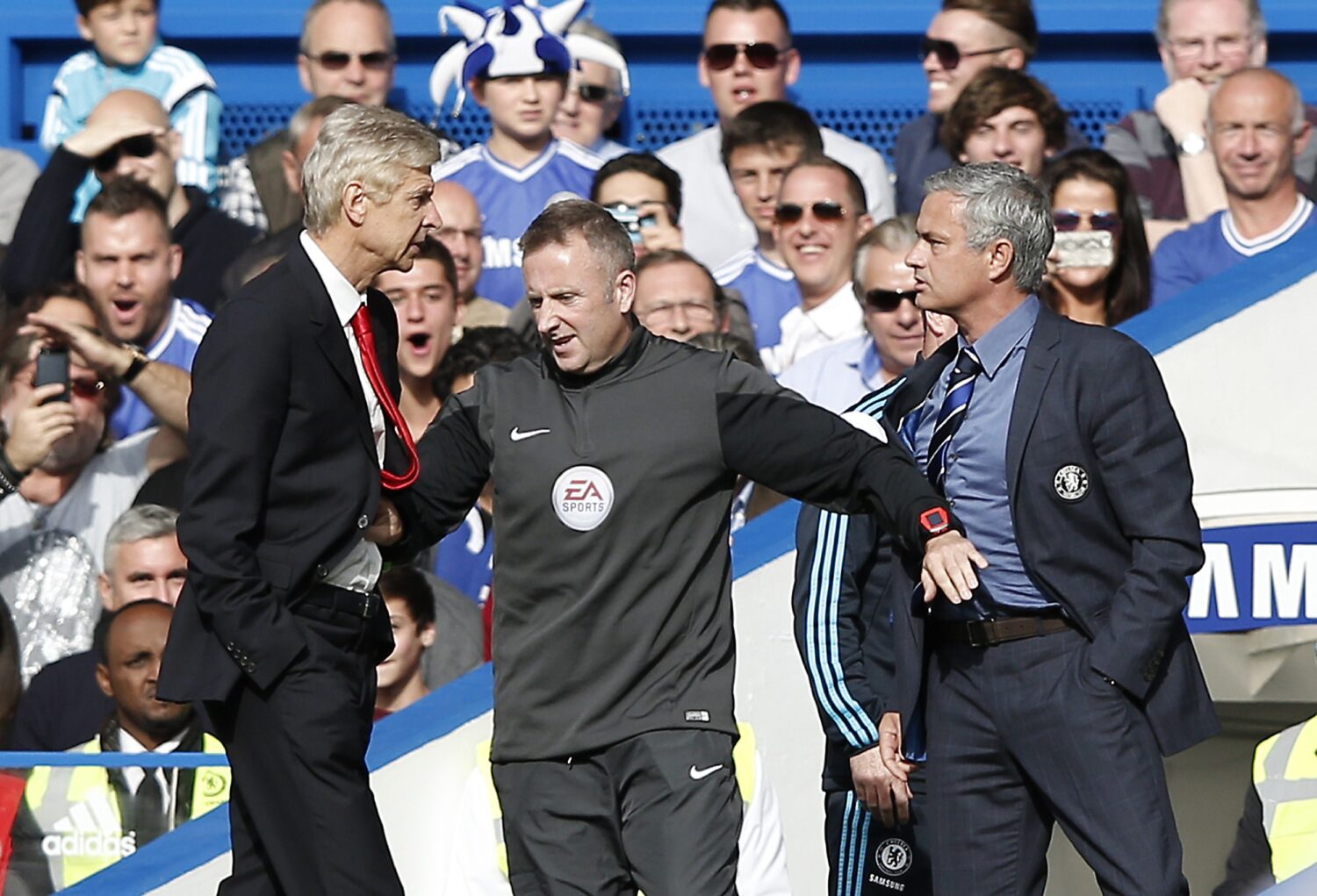 Jose Mourinho gave the most Jose Mourinho answer imaginable when quizzed about not being referenced in his old rival, Arsene Wenger’s upcoming book.

The pair enjoyed a heated rivalry on the touchline, one that threatened to flair over on numerous occasions.

Wenger faced Mourinho 19 times during his managerial career but only managed to secure two victories – once in the Community Shield in 2015 and once in the Premier League as Arsenal sealed a 2-0 victory over Manchester United in May 2017.

The Spurs boss was asked why he thought he hadn’t been mentioned during his Friday press conference, saying it was “because he never beat me”.

“You are not going to do a chapter about 12 or 14 matches and you never win.

“So why should he speak about me in his book? A book is a thing to make you happy, to make you proud. So I understand perfectly the situation.”

? Jose Mourinho on why he doesn't feature in Arsene Wenger's new book! pic.twitter.com/q8SxGcB4UC

During the peak years of the rivalry, Mourinho had famously referred to Wenger as an “specialist in failure”.

Another revelation to come from the book is Arsenal’s infamous bid for Luis Suarez,  which was intended to trigger an apparent release cause of £40m.

In the new book, Arsene Wenger: My Life in Red and White, Wenger said that talks between club and player had actually taken place.

“We had an agreement with the player and his agent. But the agent claimed that there was a clause: with an offer above £40million, Liverpool would be obliged to let the player go.

“But thanks to an indiscretion within Liverpool, I found out that his clause never existed.”

“But Liverpool did not want to sell Suarez, they could afford to keep him and there was already an offer from Barca on the horizon.”

Of course it never materialised and Suarez ended up staying at Liverpool, scoring 31 goals in 33 games in the 2013/14 season and narrowly missing out on the Premier League title.