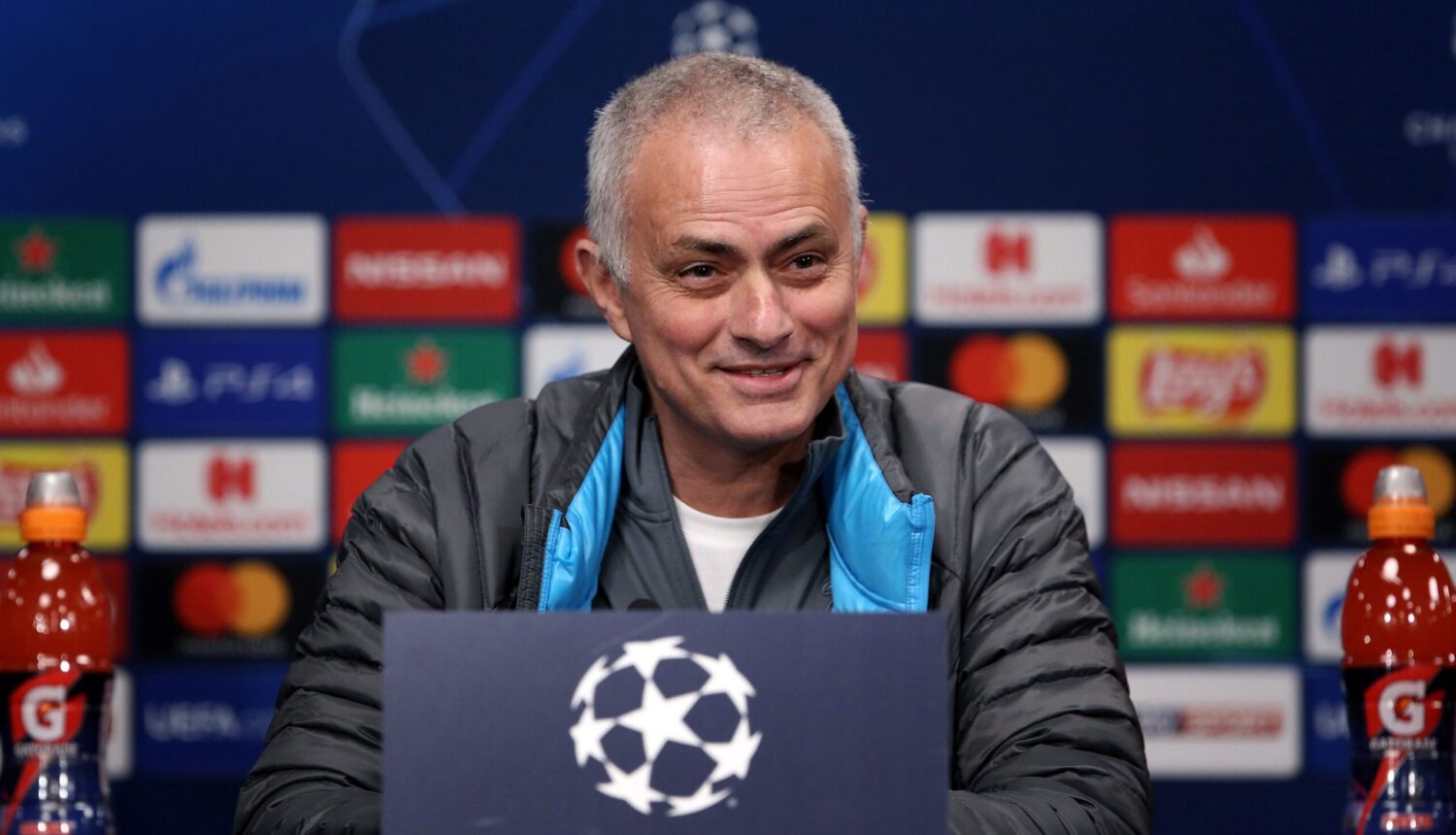 It’s easy to see Jose Mourinho as football’s ultimate pantomime villain – in all honesty, he probably enjoys the label for the most part.

That being said there are plenty of examples of Mourinho showing a softer side, with another surfacing from his latest press conference.

The Spurs boss was speaking to the media ahead of his sides’s Thursday night Europa League clash with KF Shkëndija. However a Macedonian journalist was reportedly left disappointed when he didn’t get a chance to ask the gaffer a question.

Spurs correspondant Alasdair Gold tweeted that the journalist’s late father had been a big fan of Mourinho, so naturally he was excited to get the chance to speak to him, however he never got his chance.

After leaving the room, Jose reportedly caught wind of the situation and returned to the conference to answer the journalist’s question and pose for a picture with him afterwards.

Really lovely moment after Jose Mourinho press conference. Macedonian journalist very upset he couldn't ask a question as his late father idolised Jose. Mourinho heard about it and came back, answered it and promised him a photo which the man will put on his father's memorial.

The recent Amazon documentary, All or Nothing: Tottenham Hotspur offered probably the most in-depth look at how Mourinho operates behind the scenes.

We counted down five reasons the documentary is essential viewing for any football fan.